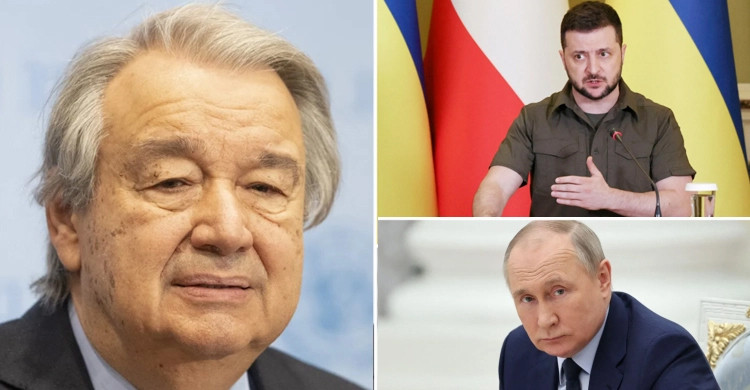 UN Secretary-General Antonio Guterres will meet with President Volodymyr Zelensky next Thursday in the wake of the Ukraine-Russia war. Earlier, he will visit Moscow. However, before the visit to Ukraine, Zelensky was upset with the UN Secretary General’s visit to Moscow. The Kremlin has confirmed that Russian President Vladimir Putin will meet with Antonio Guterres on Tuesday.

The Ukrainian president has lamented that it is wrong to visit Russia first and then Ukraine. He told reporters in the capital, Kiev, that there was no justice or justification in the order. Fighting is raging in Ukraine, with no bodies on the streets of Moscow. At first he thought it logical to go to Ukraine.

Meanwhile, Zelensky reportedly called for a meeting with Russian President Vladimir Putin to end the fighting.

Antonio Guterres will visit Ankara on April 25 before visiting Ukraine and Russia. The agency said in a statement that Turkish President Recep Tayyip Erdogan will receive the UN Secretary General in Ankara. Turkey has been acting as a mediator in ending the Ukraine-Russia war. Earlier, representatives of the two countries held a meeting in Ankara. Although no solution was found.

The United Nations has been playing a key role since Russia’s invasion of Ukraine on February 24. Antonio Guterres sent a letter this week to negotiate a ceasefire. The United States, France, Britain, China and Russia, two members of the Security Council, have stated opposition to using force or imposing sanctions on Russia. Although the West continues to try to weaken Russia, China has not yet directly condemned Russia’s aggression.

Earlier, on March 26, Guterres had a brief telephone conversation with Ukrainian President Zelensky.

Meanwhile, Russian President Vladimir Putin did not answer Guterres’ phone calls or contact him after allegations that Russia had violated the UN Charter by invading Ukraine.