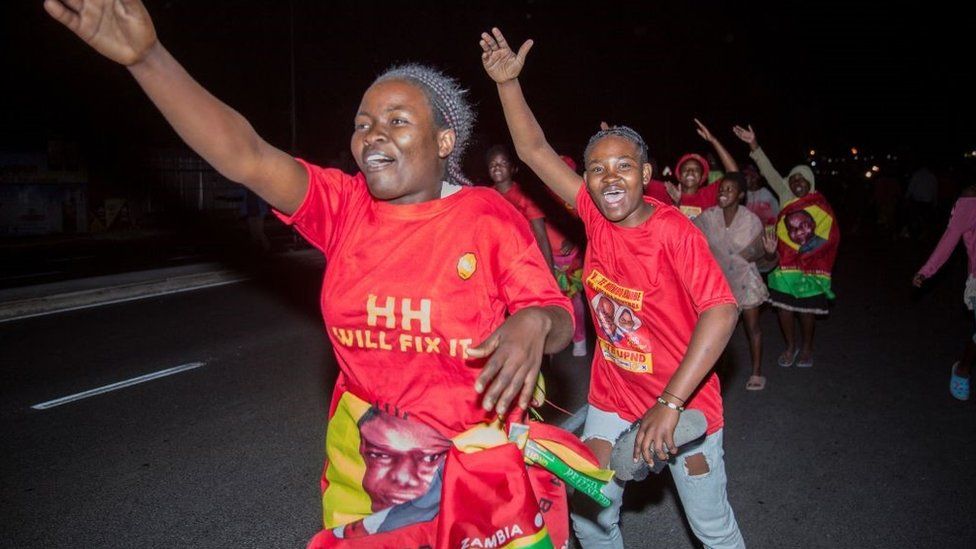 Zambia’s new president has told the BBC that he has inherited an “empty” treasury, while “horrifying” amounts of money had been stolen.

“People are still trying to make last-minute movements of funds, which are unauthorised, which are not theirs,” President Hakainde Hichilema said.

Mr Hichilema did not name any officials. Mr Lungu has previously denied all wrongdoing.

Mr Lungu governed the copper-rich nation since 2015. He was widely praised for the smooth transition of power to Mr Hichilema, who won the presidency after five failed attempts.

Full debt ‘not disclosed’
Mr Hichilema won the election on a promise to tackle corruption, and to end the financial and economic crisis that has seen Zambia’s debt ballooning.

For the first time since 1998, Zambia plunged into a recession last year. It also defaulted on a debt repayment.

In the BBC interview, the new president described the treasury as “literally empty”.

He added that the “hole is much bigger than we expected” and the debt situation had not been “fully disclosed” by the former government.

He added that his government would show “zero tolerance” towards corruption, and would get to the bottom of what he called the illicit movement of funds very soon.

“I don’t want to pre-empt things but what we are picking [up] is horrifying,” the president said.

“You’ll feel nobody can do a thing like that but it’s being done. People have done it. They are still trying to do things now.”

Mr Hichilema also said there were “a lot of people who are not working, but are on the payroll” of the government.

“Unless we do something to the budget, then the budget will be mainly for paying salaries and also servicing debt,” Mr Musokotwane was quoted by Reuters news agency as saying soon after his appointment.

It spends at least 30% of its revenue on interest payments, according to credit ratings firm S&P Global.

Last year, Zambia missed an interest repayment, making it the first African country to default on a loan during the pandemic.

It is also facing difficulties repaying other loans.

The former government had borrowed heavily – including from China – to build infrastructure.

Mr Hichilema said the government was committed to restoring its credibility among lenders.

The government would enter into talks with China, which he was confident would “understand that we’ve inherited a very difficult situation”, the president said.

The International Labour Organization (ILO) estimates that unemployment rose to more than 12% in 2020 – the highest since 2011.

The promise to create jobs for young Zambians was another key reason behind his election victory.