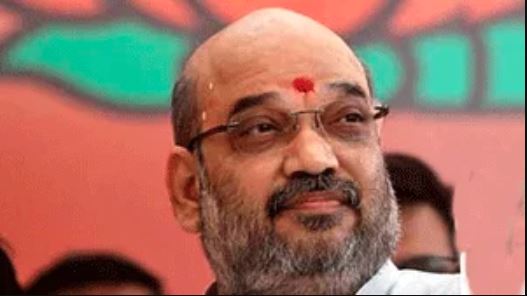 Amit Shah set foot in Kolkata and West Bengal with great hopes in the West Bengal Assembly elections. The dream was to defeat Chief Minister Mamata and place the BJP on the throne of the state. Amit campaigned in Bengal with the idea that the BJP would form a double engine government in the state in the elections. But lost to Mamata. Out of 294 seats in the assembly, Amit Shah’s party BJP won only 6 seats. And Mamata’s party Trinamool won 213 seats. After this defeat, Amit Shah did not return to Calcutta. Because, in the campaign of 2021, Amit Shah insisted, BJP is going to win, will win.

Since Amit Shah did not come to Kolkata for a long time and the BJP infighting started, the party started breaking up the gardens arranged with that MLA of the state in this state like ‘one by one Navil Deuti’. That arranged garden is still breaking down. The number of BJP MLAs in the state assembly has come down from 8 to 60. After the assembly elections, the BJP’s victory boat is slowly sinking. Not only the BJP MLAs are leaving the party, those who left the Trinamool before the elections and joined the BJP in a bunch of sugarcane, have also returned to the Trinamool looking for their future.

In this situation, the BJP’s boat of victory is now sinking to realize Mamata’s dream of building a state without opposition. And its maker is Mamata herself. Mamata’s goal is, “Break the BJP, sink the BJP’s boat, erase the existence of the BJP in this state.” Amit Shah is coming to the state on May 4 in the midst of these grassroots convictions. He will hold meetings with BJP leaders. Do a public meeting. Give political ‘tonic’ to invigorate the party.

Amit Shah is setting foot in Kolkata on the night of May 4. Will go to North Bengal on 5th May. Earlier on May 5, he will attend a BSF function at Hingalganj in North 24 Parganas and Kochbihar on three bighas of the Indo-Bangladesh border. He will then attend a BJP-organized rally in Siliguri, Darjeeling district. Will return to Kolkata at night.

Amit Shah will attend the organizational meeting on May 8 in Kolkata. He will hold meetings with BJP state level leaders, party MPs and MLAs. In these meetings, Amit Shah will show the way to stay united to protect the party from disintegration keeping in mind the 2024 Lok Sabha elections. Give the tonic to keep the team united to bring back the party discipline. If necessary, you can change the organizational position. Then return to the capital Delhi.

After last year’s assembly elections, though, the BJP is still reeling; Unrest, anger, protests are going on in the inner circle of BJP. Threatened to leave the team. At the same time, various incidents of terror and oppression of the ruling grassroots of the state. How much Amit Shah can handle all this, is the question among the politicians of this state.

Now there is anger and protest in the grassroots inner circle in the same vein, and it is also among the high level leaders and ordinary workers. However, the party quarrel which Mamata and her party Trinamool Congress still have the strength to suppress with a strong hand. But the BJP does not have that strength today. On the contrary, the BJP is being harassed by party quarrels. There is no unity among the leaders; There is a melody of separation. Tarja of the gossip of one against the other.

That is why this question has been raised in the political arena now, but will Amit Shah be able to become one by following Amit Shah’s ‘message’, will Amit Shah be able to lift the sinking boat of BJP to shore? Or will the party’s boat be buried in the current of internal party quarrels? Will the current of defection be longer? Still, BJP leaders and activists are waiting for Amit Shah’s vocal tonic. If his vocal tonic brings ban to BJP’s dead gang! With that dream, Amit Shah’s arrival in Kolkata is now being counted by the BJP leaders and ordinary workers.