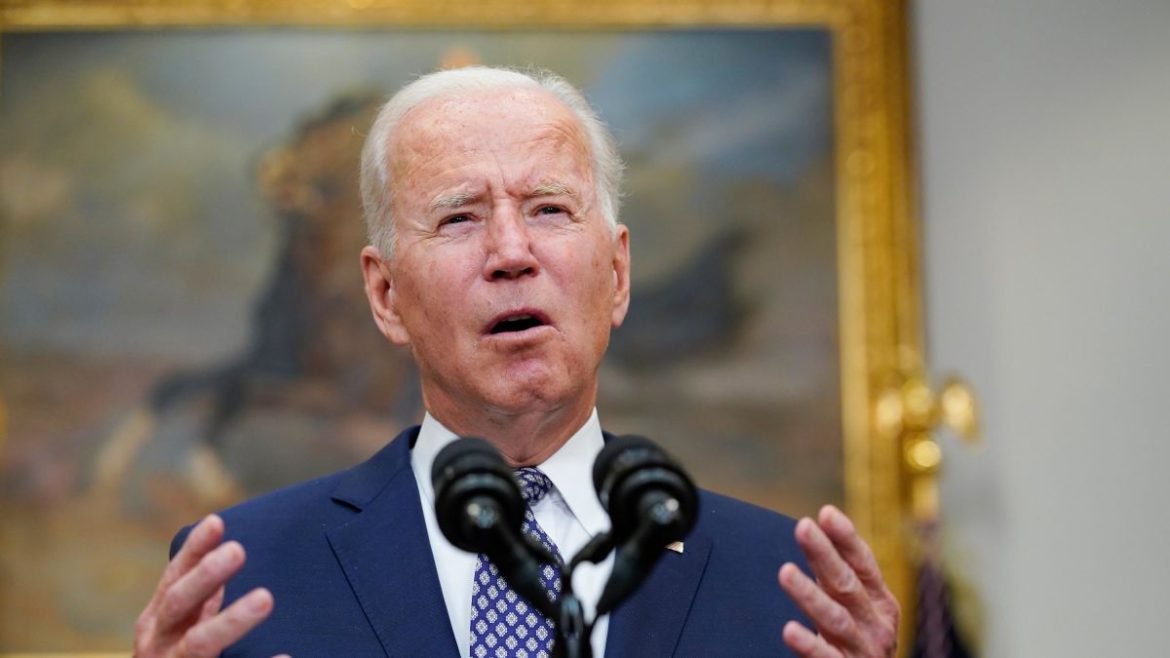 The instincts that drove President Joe Biden’s decision to end the US presence in Afghanistan by August 31 were revealed by what he talked about before he announced it to the American people.

In a televised statement billed as an update on a remarkable airlift that has now saved more than 87,900 people, Biden celebrated the latest House votes on his $3.5 trillion jobs, social spending, family leave and health care blueprint.
“We are a step closer to truly investing in the American people, positioning our economy for long term growth and building an America that outcompetes the rest of the world,” Biden said.
It was a jarring start to a speech about his initially chaotic process of finally ending a war that was once an example of nation building abroad rather than at home — a process that is likely to bequeath a flurry of individual human tragedies.

But Biden was making clear that despite an exit likely to trap thousands of Afghans eligible for passage to the US under brutal Taliban rule, along with — potentially — some Americans, he believes the priorities of Americans and his own political prospects are ultimately elsewhere.
This will infuriate and dismay political opponents, veterans, intelligence professionals and others who believe America is breaking a sacred promise of a safe haven to many Afghan translators and others who saved American lives over a 20-year war and who seem unlikely to be able to leave before the US forces do.
But it is in line with Biden’s calculation of US national interests that underpins his foreign policy and his reading of the national mood amid a fierce pandemic, lingering economic blight and two decades of US global misadventures.