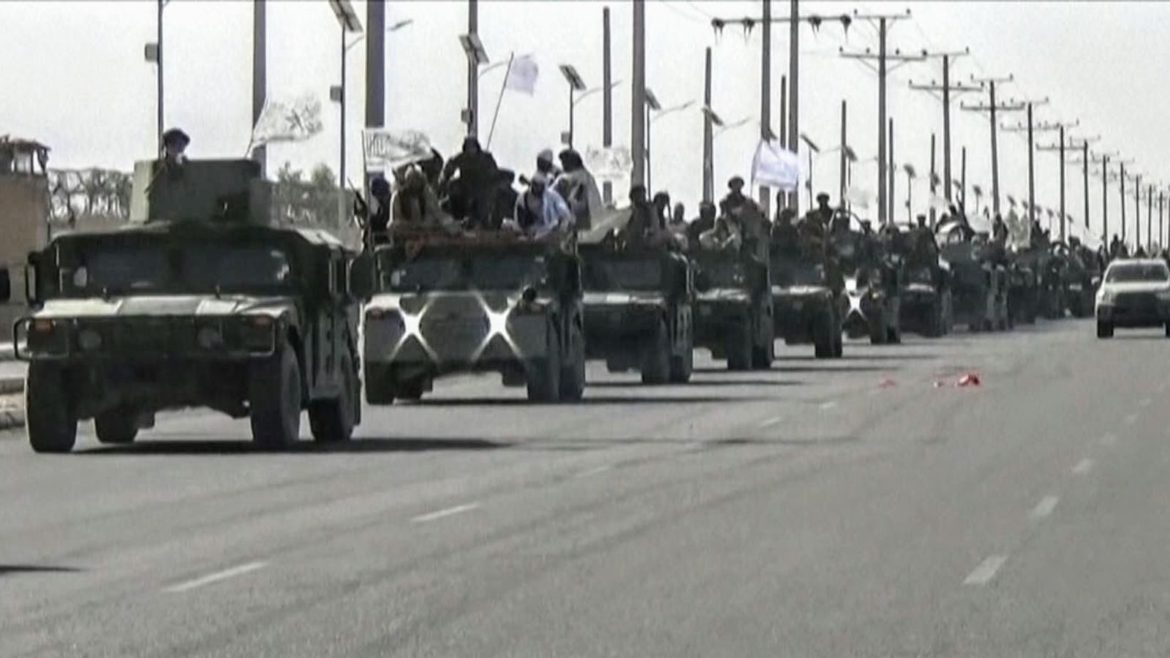 Foreign Secretary Dominic Raab said it was the considered assessment of spies that Afghanistan would start deteriorating steadily after the allied withdrawal, but Kabul would not fall until next year.

Was faulty intelligence to blame for the Afghan fiasco? And more than that, American intelligence? That seemed to be the import of Dominic Raab’s testimony to MPs.
It was the considered assessment of spies that, yes Afghanistan would start deteriorating steadily after the allied withdrawal but no Kabul would not fall until next year.

Who came up with that idea? The foreign secretary was not clear but he did say there was an “optimism bias about what America might do or not do”. Was that a roundabout way of shifting some of the blame to the Americans?

UK thought Kabul would not fall in 2021
Either way, it’s certainly down to the spooks, says the embattled foreign secretary, who’s been all at sea say his critics, literally given his paddleboard shenanigans, during the Afghan fiasco.

There has been an unedifying briefing war going on over the last few days with the suspicion that rivals are setting up the foreign secretary as the fall guy for the whole sorry debacle. He isn’t taking it lying down.

Five-year-old Afghan boy evacuated from Kabul dies in Poland after eating poisonous mushrooms
Afghanistan: Surrounding countries must come together to exert ‘maximum moderating influence’ on Taliban, Raab says
Afghanistan: Foreign Secretary Dominic Raab in Qatar for talks on safe passage for British nationals
Afghanistan: The refugee turned sporting superstar and her fears for women under the Taliban
Raab’s retreat from interventionism at odds with the idealism of nation building
Afghanistan: Leaked Foreign Office report warned of ‘rapid Taliban advances’ on 22 July – but Raab claims intelligence said Taliban takeover was ‘unlikely’ this year
To many observers, the assumption Kabul would hold till next year will have seemed naive.

It may have been one perfectly plausible option but not one to put all your faith in. And it’s the fact allies didn’t seem to have effective contingency plans if things moved faster that is at issue here.

Out of the Westminster grilling now into the fire of a tour of regional allies deeply alarmed by the restoration of extremist Islamist tyranny on their borders.

Dominic Raab won’t say who he is visiting on his regional tour but he knows they’ll all need reassuring.

Afghans line up outside a bank to take out their money after Taliban takeover in Kabul
Image:
Afghans in Kabul line up outside a bank to withdraw their money after the Taliban takeover
He and his ministers have been keen on making the most of assurances given by the Taliban in recent days. They may turn out to be as useful as promises from the Khmer Rouge, or any other revolution.

The English-speaking, smooth-talking Talibs in Doha, Qatar, who’ve uttered them are not the ones in charge. The hard men of the guerrilla army that has spent decades in the desert are calling the shots but as in any revolution who knows who’ll turn out on top tomorrow.

The Taliban can see off the world’s greatest military but it can’t run a modern country on its own. If you were an Afghan you would be lining up outside your bank demanding your money too.

The outside world can’t afford that and may have to get stuck in helping the Taliban, whether or not the new masters of Kabul keep their promises.