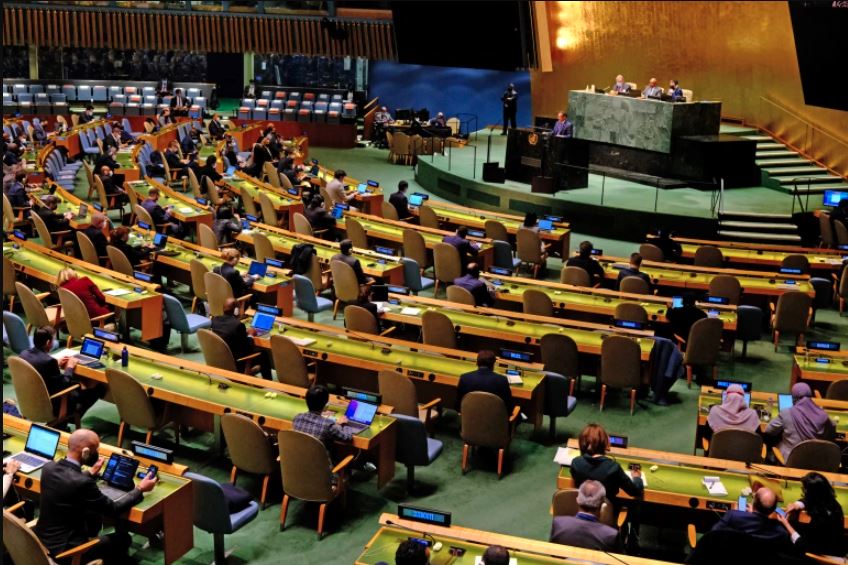 The measure is intended to make veto-holders the United States, China, Russia, France and the United Kingdom “pay a higher political price” when they use the veto to strike down a Security Council resolution, said one ambassador who asked to remain anonymous.

It is unclear if the five permanent members will use the veto less, or more – as they could propose controversial texts they know their rivals will veto only to force them to justify their stance publicly.

First proposed more than two years ago, the measure provides for the General Assembly to be convened within 10 working days after a veto “to hold a debate on the situation as to which the veto was cast”, according to the text.

The assembly is not required to take or consider any action, but the discussion could put veto-wielders on the spot and let a raft of other countries be heard.

Almost 100 countries joined Liechtenstein in co-sponsoring the reform, including the US, UK and France – a rapid rally of support that caused widespread surprise at the UN.

Neither Russia or China were among the sponsors, though. A diplomat from one of the two countries, who asked not to be named, criticised the move, saying it will “divide” the UN even further.

“It is not directed against Russia,” he said, despite the fact that the proposal’s revival came as the Security Council has proven incapable of condemning Russia’s invasion of Ukraine because of Moscow’s veto power.

From the US’s perspective, Russia has abused its right of veto for two decades and the proposed text is intended to remedy the situation.

Wenaweser said the text aimed to “promote the role of [the] United Nations, to promote multilateralism and to promote the voice of all of us who are not veto holders and who are not on the Security Council on matters of international peace and security”.

The text is non-binding and nothing prevents a country that has used its veto from declining to explain its actions to the General Assembly.

But its application “will shed light” on the use of the veto and on the “blockages” within the Security Council, said one ambassador on condition of anonymity.

In addition to its five permanent members, the Security Council also has 10 members elected for two years, without the right of veto.

Among the co-sponsors of the resolution were – in addition to Ukraine – both Japan and Germany, which are hoping to become permanent members on a potentially enlarged Security Council.

But neither Brazil nor India, two other potential candidates for a permanent position on the Council, are on the list of co-sponsors obtained by the AFP news agency.

The reform of the Security Council, which is charged under the UN Charter with ensuring international peace and security, has been discussed and debated for more than 40 years, and was front and centre in comments by countries before and after the resolution’s adoption on Tuesday.

There is widespread support for revamping the UN’s most powerful organ to reflect current global realities rather than the international power structure after World War II in 1945 when the United Nations was created.

But all previous attempts, starting in 1979, have failed because rivalries between countries and regions have blocked agreement on the size, composition and powers of an expanded council.

The veto power of the five permanent members is one component on the reform agenda.

By now, more than 200 different Security Council proposals have been vetoed, some by multiple countries, according to UN records. The subjects have ranged from the Korean War and the Israeli-Palestinian conflict to climate change, reporting on weapons stockpiles, and governance of a part of the Indian Ocean nation Comoros.

The former Soviet Union and its successor Russia have cast the most vetoes by far, followed by the US. Far fewer have been cast by the UK, China and France.