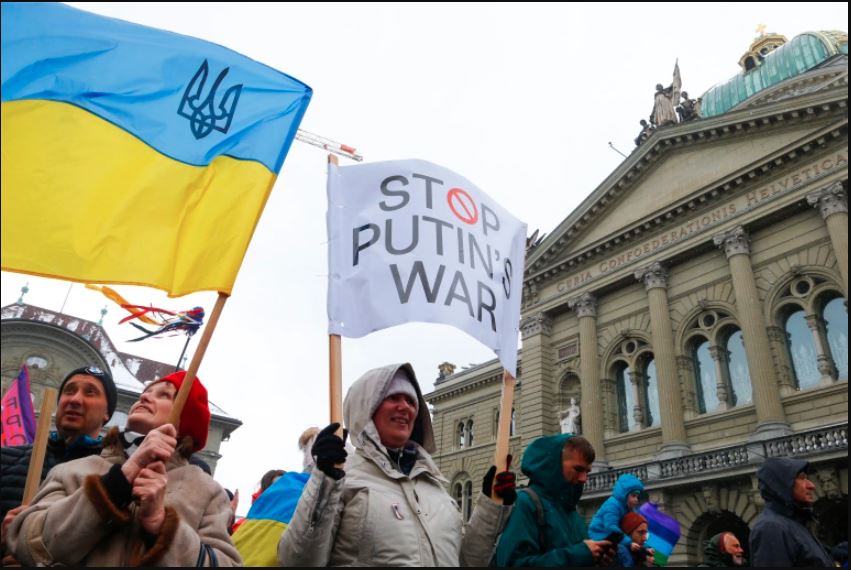 The security architecture on the European continent is changing dramatically as Russia extends its war on Ukraine.

Laurent Goetschel, director of swisspeace and professor of political science at the University of Basel, told Al Jazeera there could be some advantages.

“The country might benefit from additional networks regarding intelligence and other security-related exchange formats,” said Goetschel, adding NATO would have an additional member and there would be “no discussions anymore about being allowed to use Swiss airspace – or even land routes – for transports and communication”.

But he added: “Neutrality is historically rooted in the two past centuries, when it served the country to maintain its independence in a Europe characterised by major wars. It also helped national cohesion, when parts of the population would rather have supported France and other parts of Germany.

“Over the years and through its success, neutrality became part of Swiss national identity. By now, it still represents the county’s major foreign policy orientation.”

“Sweden’s neutrality was much more part of their national identity, whereas Finland’s neutrality was more pragmatic and virtually forced upon them by the Agreement of Friendship, Cooperation, and Mutual Assistance signed between Finland and the USSR in 1948,” Alistair Shepherd, senior lecturer for European security at Aberystwyth University, recently told Al Jazeera.

According to Wyn Rees, professor of international security at the University of Nottingham, their bid to join NATO is a “tectonic shift … changing over 70 years of policy”.

Unlike Switzerland, both countries are members of the European Union and have delivered weapons to Ukraine.

They have allowed NATO to conduct operations on their territory since 2014 – and participated in them.

Meanwhile, public support for NATO across the northern European neighbours has risen.

By contrast, Switzerland has not sent weapons to Ukraine and blocked a German request to re-export arms, while a recent survey showed just 19 percent of the Swiss public was in favour of joining the alliance.

The poll also revealed that a majority were against sending arms, but were comfortable with delivering protective vests and helmets to Ukraine.

The country has, however, sanctioned Russia and sent humanitarian aid to Ukraine

Switzerland – a country with 26 cantons and four national languages – has historically prided itself on being a neutral state, which has seen it become synonymous with diplomacy in past decades.

It has often hosted political adversaries, such as during the famous Cold War-era meeting, the 1985 Geneva Summit, between US President Ronald Reagan and Soviet General Secretary Mikhail Gorbachev.

That sense of a neutral national identity appears strong, even as most of Europe stands firmly behind Ukraine and against Russia.

But there was a “major discussion” about Switzerland adopting sanctions against Russia, said Goetschel.

“This discussion was quickly resolved with the government deciding that adopting [almost] the same sanctions as the EU would not jeopardise neutrality,” he said.

And in terms of party politics, various parties in Switzerland are calling for closer alignment with NATO.

Their main argument is that Switzerland cannot defend itself alone.

The Liberals (FDP), Green Liberal Party (GLP) and Centre (Die Mitte) are in favour of expanding cooperation with the military alliance, but none favour joining.

But across the spectrum, the parties agree that Switzerland is already cooperating with NATO on a selective basis, and that NATO membership remains unacceptable.

According to the SP, Switzerland should focus on prioritising cooperation with the European Union and strengthening international law.

“Switzerland would have to forgo neutrality [to join NATO], as it is not compatible with the membership in a military alliance. For the time being, this is inconceivable in Switzerland,” said Goetschel.

“As Switzerland is – except for Austria – surrounded by NATO countries, its military security would not gain from being a member of NATO,” Goetschel added, noting that Finland shares a border of more than 1,300 kilometres (808 miles) with Russia.

As for the Russian reaction, regardless of how many nations join the alliance, the Kremlin certainly will not be pleased with its enlargement.

“It will mean that Russia does not achieve its objective of weakening NATO, which has been its longstanding objective,” Kamil Zwolski, associate professor in international politics at the University of Southampton, told Al Jazeera. “NATO will become stronger if the enlargement happens, and this is an unintended consequence of invading Ukraine.

“NATO has also become stronger by the fact that no one in Washington will question the viability of the alliance, and that is also a problem to Russia.”