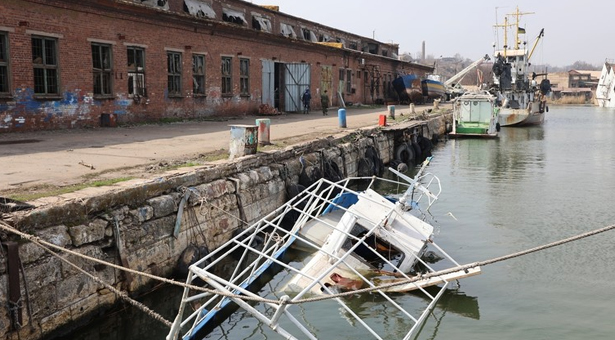 . But since 2014, the port has been under the control of the Ukrainian military. DPR spokesman Eduard Basurin said a group from the extremist Azov Battalion took refuge in two foreign ships during the retreat. The names of the two ships are The Lady Augusta and Tisarevna.

He said the ship’s crew was being held hostage by mortar shells, grenade launchers and other weapons. Russian military is trying to rescue stranded sailors.

But whether any of the crew suffered casualties; It has not yet been confirmed. According to the tracking website Veselfinder.com, the Jamaican flagship Lady Augusta and Tisarevna are carrying the Maltese flag.

Bulgarian Prime Minister Kirill Petkov said this weekend that security officials had been sent to rescue sailors trapped in Tsarevna. They are trying to communicate with the commanders of Russia and Ukraine.

He also sought the help of Turkish President Recep Tayyip Erdogan. Russia is conducting military operations in Ukraine after failing to implement the Minsk agreement signed in 2014. Meanwhile, Russian President Vladimir Putin has recognized Donetsk and Luhansk as independent republics.

Kiev claims that Russia is conducting the operation in Binauskani. They have no plans to seize the two republics by force.