The U.S. is tracking specific threats from ISIS against Kabul’s airport and against Americans and others trying to leave Afghanistan, two defense officials said Saturday.

The military is working on alternative ways to get Americans, Afghans and third-country nationals safely to the airport. “We are executing an alternate path,” a defense official said.

Earlier, it was advised that American citizens trying to leave should not to travel to Kabul’s airport because of “potential security threats” as senior Taliban leaders arrived in the city to choose a new government.

“We are advising U.S. citizens to avoid traveling to the airport and to avoid airport gates at this time unless you receive individual instructions from a U.S. government representative to do so,” the U.S. Embassy in Afghanistan said in a statement Saturday.

The advice was issued “because of potential security threats,” the statement said, although it did not elaborate on what those threats were. “We will contact registered U.S. citizens as the security situation changes to provide further instructions,” the statement added.

It came less than than 24 hours after President Joe Biden vowed to get Americans home and help Afghans who’d assisted U.S. forces in the country and others who might be in danger.

Download the NBC News app for breaking news and politics

“To the best of our knowledge, at Taliban checkpoints, they are letting through people showing American passports,” he said. “Now that’s a different question of when they get into the rush and crowd of all the folks just outside the wall, near the airport.”

Time is running out ahead of Biden’s Aug. 31 deadline to withdraw most remaining U.S. troops, and the president did not commit to extending it Friday.

Senior U.S. military officials told The Associated Press that the processing of passengers inside the airport had restarted Saturday, but there is a considerable backlog of people waiting to fly to Qatar.

Gates to the airport were closed overnight due to overcrowding in the area, and it would be roughly five to nine hours before the backlog clears, they said, speaking on condition of anonymity because they were not officially authorized to speak. 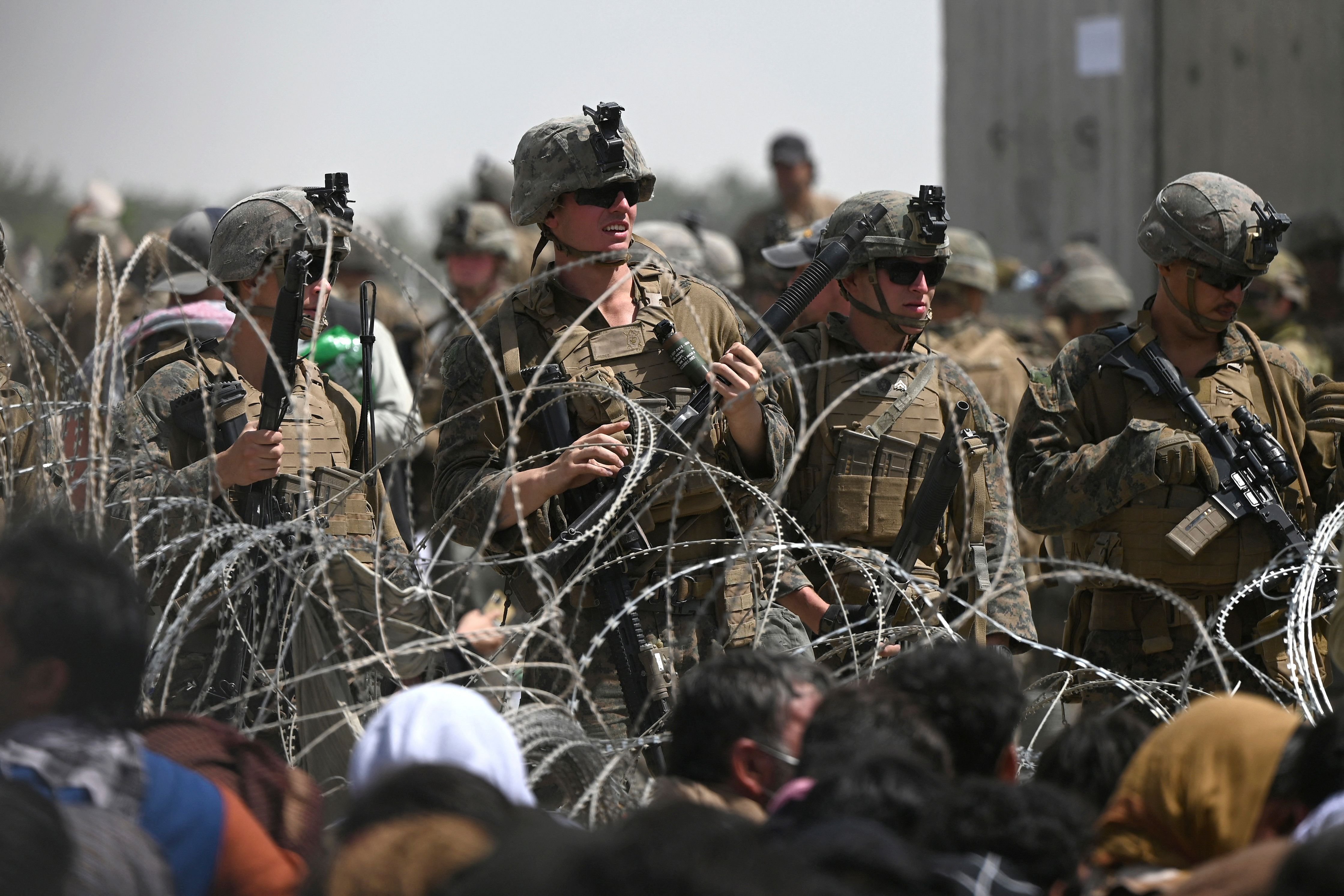 The Taliban’s top political leader, Mullah Abdul Ghani Baradar, would likely appoint people to form a new government over the next few days, the commander said, speaking anonymously because he was not allowed to comment officially.

Baradar, who negotiated the religious movement’s 2020 peace deal with the U.S., was expected to lead the government, while the group’s leader, Maulawi Hibatullah Akhunzada, would serve as head of state, the commander said.

A leadership council, known as a shura, would make decisions based on Islamic law, he said, adding that they would like to include all ethnic groups in the new government.

“In our system, nobody can ask for any portfolio,” he said. “But one thing must be clear: There is no place for democracy in Islam, and we will follow what the Islamic Sharia is saying.”

His comments came less than a week after the Taliban completed their lighting-fast takeover of the country, finally walking into Kabul on Sunday without firing a shot.

Biden vows to evacuate all Americans from Afghanistan
AUG. 21, 202102:13
Those who have chosen to remain in Afghanistan will likely have to adapt under the Taliban. The group ruled the country with an iron fist from 1996 to 2001, before they were toppled by U.S.-led forces for sheltering Osama bin Laden, the mastermind behind the Sept. 11 attacks that triggered America’s longest war.

Under the Taliban’s extremist Islamic rule, women and children were largely hidden from public life, and religious minorities were subject to frequent and horrific killings.

This time, the Taliban said they will seek an “inclusive, Islamic” government and offer full amnesty to those who worked for the U.S. and the Western-backed government. They have also said they will honor women’s rights within the norms of Islamic law, without elaborating.

But an intelligence report submitted to the United Nations on Friday said the Taliban were going door to door and screening names at Kabul checkpoints as they hunt for people who worked with U.S.-led forces or the previous Afghan government.

In recent days, the group’s fighters also responded with force to nascent protests in pockets across the country as their rule faced a number of early challenges.