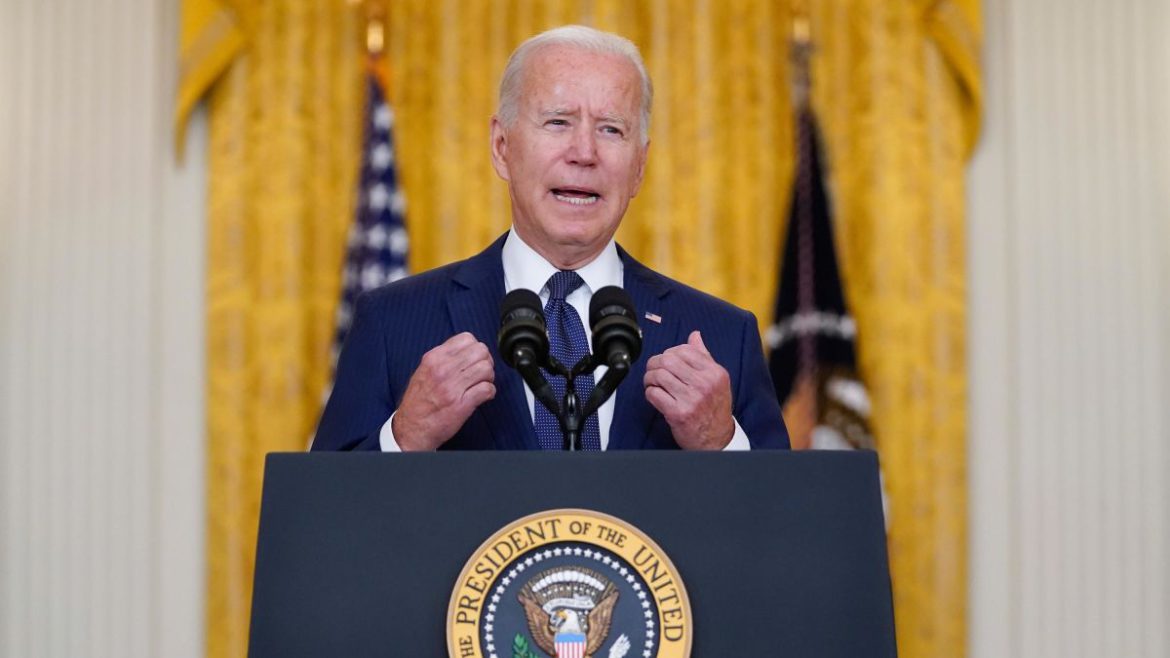 Two “high profile” ISIS targets were killed and another was injured in a US drone strike in Afghanistan, the Pentagon said Saturday, a retaliatory step following the terrorist attack that killed 13 US service members and at least 170 others outside Kabul’s international airport.

“I can confirm, as more information has come in, that two high-profile ISIS targets were killed, and one was wounded. And we know of zero civilian casualties,” Maj. Gen. Hank Taylor, deputy director of the Joint Staff For Regional Operations, said in a news conference Saturday. “Without specifying any future plans, I will say that we will continue to have the ability to defend ourselves and to leverage over-the-horizon capability to conduct counterterrorism operations as needed.”
Pentagon spokesperson John Kirby said all the targets were hit in a single strike, and that they were “ISIS-K planners and facilitators.”
A US defense official told CNN earlier Saturday that one of the individuals was believed to be “associated with potential future attacks at the airport.” The US located him and “had sufficient eyes on and sufficient knowledge” to strike, the official said, adding that he “was a known entity” but that the US is not calling him a “senior” ISIS-K operative.
The individual was in a compound in the Jalalabad area, another defense official told CNN, and new intelligence following the terrorist attack in Kabul was firmed up to give justification for the strike. The source said surveillance continued on the compound until the target’s wife and children left before the US conducted the targeted drone strike.
US carries out Afghanistan drone strike as Kabul evacuation effort enters final stretch
US carries out Afghanistan drone strike as Kabul evacuation effort enters final stretch
“I’m not going to talk about specific capabilities ISIS may have lost in this strike. They lost a planner, and they lost a facilitator. And they have one wounded. The fact two of these individuals are no longer walking on the face of the Earth, that’s a good thing,” Kirby said Saturday.
“It is a good thing for the people of Afghanistan, it’s a good thing for our troops and our forces at that airfield.”
The announcement of the strike came a day after President Joe Biden vowed to retaliate for the terrorist attack in Kabul even as he said the frantic mission to airlift Americans from Afghanistan would continue. Biden approved the strike on the ISIS-K planner, according to an official familiar with the matter.
“We will not forgive. We will not forget. We will hunt you down and make you pay,” the President said in remarks from the White House on Thursday.
The US, Biden said, “will respond with force and precision at our time, at the place we choose and the moment of our choosing. Here’s what you need to know: These ISIS terrorists will not win.”
An Afghan journalist who visited the scene of the drone strike said it destroyed a house close to Jalalabad in eastern Afghanistan. Photos shared with CNN by the journalist show a small vehicle at the compound badly damaged as well as what appears to be heavy shrapnel damage in the immediate vicinity.
ISIS in Khorasan, known as ISIS-K, has claimed that an ISIS militant carried out Thursday’s suicide attack, but provided no evidence to support the claim. US officials have said the group was likely behind the bombing.
Biden and his team are now bracing for the possibility of another terrorist attack in the final days of the evacuation operation. The US Embassy in Kabul again on Friday advised US citizens at a number of gates at the airport to “leave immediately,” citing security threats, and Kirby announced Saturday that the US military has begun departing from the airport, but confirmed the August 31 departure deadline still stood.
“Make no mistake, nobody is writing this off and saying: ‘Well, we got them, so we don’t have to worry about ISIS-K anymore.’ Not the case. As I said earlier, the threat stream is still active, still dynamic. We’re still laser focused on that and force protection. We aren’t thinking for a minute that what happened yesterday gets us in the clear. Not a minute,” Kirby said Saturday.
“But do we believe that we hit valid targets, bad guys who can do bad things and plan bad missions? Absolutely. Do we think that will have some impact on their ability going forward? Absolutely.”
This story has been updated with additional information Saturday.
CNN’s Michael Conte, Jamie Crawford, Tim Lister, Sandi Sidhu and Oren Liebermann contributed to this report.