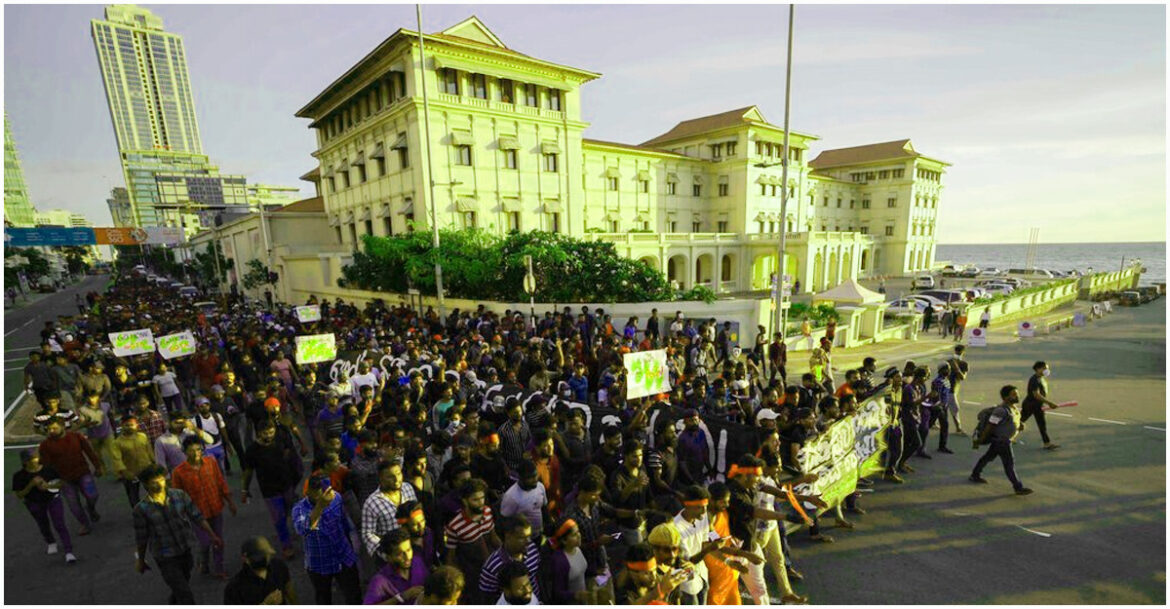 Thousands of Sri Lankan Prime Minister Mahinda Rajapaksa’s students have protested in front of his residence demanding his resignation amid growing economic woes. They protested on Sunday, demanding the resignation of the island’s prime minister.

Residents of the South Asian island nation have been without electricity for most of the day due to low tide in production. Long months of power outages, record inflation and severe food and fuel shortages have caused widespread discontent among the Sri Lankan people.

Police in riot gear stormed a rally on Sunday, removing hundreds of protesters by truck. But thousands of protesting students crossed the police barricade and marched on the PM’s residence. An unidentified student leader standing on the wall said, “You can block the road, but the government will not stop our struggle until the whole government goes home.”

Police say Mahinda Rajapaksa, the head of Sri Lanka’s ruling government, was not at the residence at the time. The agitated students later left peacefully. Every day for the past two weeks, thousands of protesters have been protesting outside the office of Mahinda’s younger brother and President Gotabaya Rajapaksa, demanding the resignation of the government.

Earlier, during the protests, agitated mobs tried to storm the homes and offices of government officials. Last week, police opened fire during a protest of the people of the country’s central city of Rambukkana. For the first time, a person was killed in a massive protest in the country.

The South Asian island nation is heavily dependent on tourism revenue. The coronavirus epidemic has caused a major collapse in the country’s tourism sector. Ukraine has been unable to import fuel due to the war and its prices have risen sharply. On the one hand, the supply of rice, powdered milk, sugar, wheat flour and medicines has declined in the country. On the other hand, inflation has exacerbated human misery.

Some economists say Sri Lanka is facing a severe economic crisis due to mismanagement by the government, failure to repay its loans year after year and unreasonable tariff cuts in 2019 and delay in negotiating IMF loan assistance. However, discussions have now begun on IMF loan assistance.

A close aide to Rajapaksa said the tariffs were cut to boost the economy. But the Coronavirus epidemic has devastated everything.

Sri Lanka has appealed to the International Monetary Fund (IMF) for speedy financial assistance in overcoming the crisis. Ali Sabri, the country’s finance minister, who is in Washington to discuss the issue, warned on Friday that Sri Lanka’s economic situation could worsen.