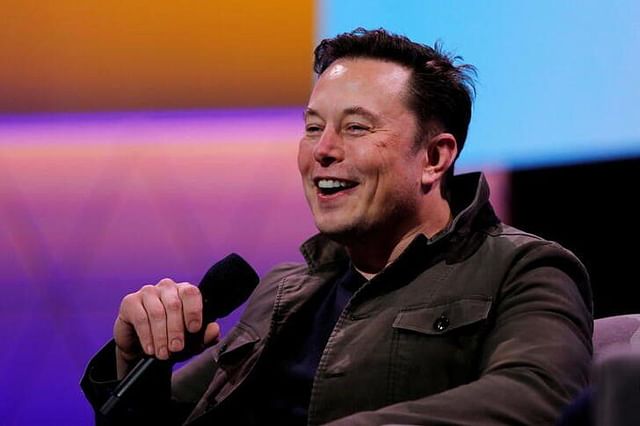 Musk, who bought more than 9 percent of Twitter’s shares, suddenly became the company’s biggest investor. As soon as the speculation started, how much influence would the microblogging social media have on Twitter? He also tweeted about various policy reforms and restructuring of Twitter. Musk received an offer to join Twitter’s board of directors the following week. But five days later he turned down the offer. This left Twitter’s management, staff, investors and people interested in Twitter in a quandary. They didn’t understand what Elon Musk’s plan was with Twitter.

Advertising
On Monday, Elon Musk and Twitter announced that they had reached an agreement on the acquisition of Twitter. They hope to have a formal agreement by the end of the year and that much more can happen before then. NDTV has published a report on the purchase of shares of Musk and what has happened since then. It is highlighted for the reader.

On January 31, Musk silently started buying Twitter shares. He bought more than 5 percent of Twitter shares by March 14. Elon Musk will then report the matter to the Securities and Exchange Commission, which is the rule. To put it bluntly, Twitter will make the purchase of shares public. But he failed to report the matter to the Securities and Exchange Commission within 10 days or did not want to. Because, if the news is published that Musk is buying shares of Twitter, the share price of Twitter will start rising. So he was buying cheap shares without telling about buying shares. But it’s the wrong approach, investors have sued.

It is unknown at this time what he will do after leaving the post. Meanwhile, at the end of March, he started criticizing Twitter. On March 24, he tweeted that Twitter’s biased algorithm was having a big impact on people. Twitter’s algorithm should be open source.

The next day, Mask made another tweet. This time, not just tweets, he did a survey on Twitter about Twitter’s policy. Elon Musk’s question in the survey was, ‘Freedom of speech is important for democracy. Do you think Twitter adheres to this policy? ‘ Then on March 26, throwing another question to Twitter users, Musk said, “So do we need a new platform? I am seriously considering this issue. There, many gave some advice to Elon Musk, head of electric car maker Tesla and space company SpaceX. Many of them told him that they should consider buying Elon Musk’s Twitter without a new platform.

April 4: Disclosure of purchase of shares

Mask was listed as a passive investor for silently buying Twitter shares. However, he is buying shares of Twitter, and soon after the matter became public, Musk started tweeting on social media with a business offer for the company. Musk then did another survey on Twitter. The survey was aimed at whether users want the Tweet Edit button, so that Twitter users have the opportunity to edit or modify it after tweeting. Following Musk’s tweet, Twitter chief executive Parag Agarwal called on users to exercise caution. He said the results of the survey would be very important.

Towards the end of the day, Elon Musk was invited by Twitter authorities to join Twitter’s board of directors. After receiving an offer to join the board, Musk indicated that he was signing an agreement that would bar him from buying more than 14.9 percent of Twitter’s shares.

This morning, several members of Twitter’s board of directors congratulated Elon Musk on his decision to join Twitter’s board. Twitter chief Parag Agarwal tweeted that Twitter had been in talks with Elon Musk for several weeks. After Agarwal’s tweet, many began questioning why Twitter was in talks with a man who was silently buying Twitter shares as a passive investor.

That day, Musk publicly took to Twitter to buy shares and introduced himself as an active investor. He changed his position and made the investment public after he indicated that he could join the company’s board of directors.

Musk was due to officially join Twitter’s board of directors that day. But Musk told Twitter authorities he was not joining the board. Twitter authorities remain silent for up to 36 hours. Twitter board members were waiting to see if Musk would change his mind. However, investors assume that Musk is a director. One of their websites also featured Musk as a member of Twitter’s board of directors throughout the week.

Until then, people had the idea that Musk was going to join Twitter’s board of directors. But Ulto Mask criticized Twitter in multiple tweets at the time, as well as some suggestions for the company. In a tweet, Elon Musk asked his followers, “Is Twitter dead now?” Musk suggested to Twitter that they should build the San Francisco-based headquarters as a home for homeless people, because there is no need for anyone! Elon Musk also made cheap jokes about Twitter. He suggested that Twitter should remove the letter ‘W’ from their names.

This day was Sunday. Agarwal told Twitter staff not to join Elon Musk’s Twitter board. He later confirmed the matter by tweeting. Neither Twitter chief Agarwal nor Elon Musk has commented on why Elon Musk is not joining the board.

Mask submitted revised documents to the Securities and Exchange Commission. Through this, he got the opportunity to buy Twitter shares as he wished. As he is not on the board, he is not obliged to give utmost importance to the interests of Twitter investors. Unlike other technology companies, none of the founders of Twitter own a large stake. As a result, Twitter staff became very concerned about Mask’s actions. They fear it’s a big blow to Twitter.

Elon Musk tweeted that he was interested in buying all of Twitter’s shares, that is, ownership of Twitter, for ৪ 4.3 trillion in cash and wanted to turn Twitter into a private company. According to Musk’s proposal, the price of each share of Twitter stands at দশ 54.20. The proposed price is 54 percent higher than when he began buying shares of the company in January.

Following Elon Musk’s offer to take over Twitter, Twitter authorities took a new step to stop him. According to Twitter, if an investor buys 15 percent of Twitter’s shares, other investors will have the opportunity to buy shares at a discount. As a result, the mask becomes a bit weak. This strategy is known as ‘Poison Pill’ or ‘Poison Pill’ when someone makes such an offer in an attempt to acquire a company. A statement from Twitter said the move was aimed at preventing anyone from trying to buy shares in the company.

Musk tweeted one after another about a possible deal to buy Twitter. “After Jack (Twitter founder and former CEO Jack Dorsey) left Twitter, Twitter’s board of directors jointly owned about zero percent of the company’s shares,” he said. That’s why the board doesn’t consider Twitter’s financial interests to shareholders.

Offering a tender to buy Twitter, Elon Musk said he had already raised হাজার 4.6 billion to buy Twitter. In a document filed with the Securities and Exchange Commission, Musk said he had raised হাজার 2.5 billion from Morgan Stanley and other financial institutions. Among them will be loans taken against his shares in Tesla. Besides, he will sell his shares worth হাজার 2.1 billion.

Last Sunday, members of the Twitter board met with Elon Musk. The talks continued till Monday. After Elon Musk gave details about funding to buy Twitter, Twitter’s board of directors began to seriously consider Musk’s proposal. After that he sat down to discuss with Mask.

According to Elon Musk’s first offer, Twitter agreed to sell each share to Musk for 54.20. With this, the market value of Twitter stands at হাজার 4.4 billion. Musk said he would prioritize Twitter’s freedom of speech, open source algorithms, spam elimination and the addition of new features. Meanwhile, Twitter has said that a formal agreement will be reached on the acquisition of Twitter by 2022.