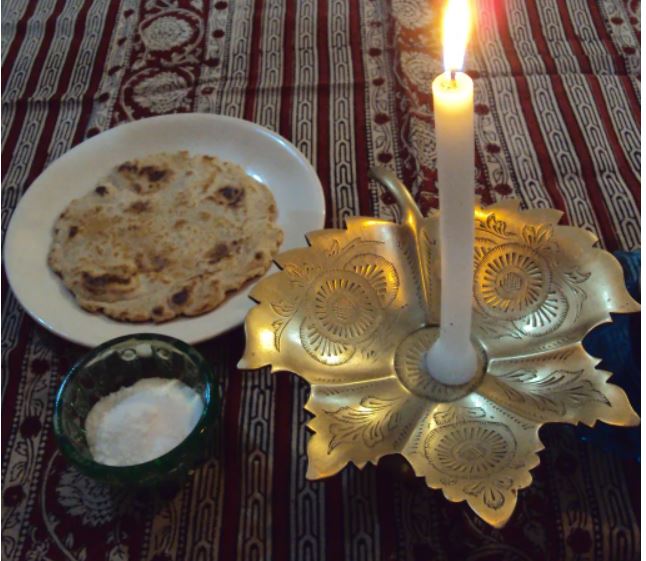 East of the Hooghly River in the Indian city of Kolkata sits Barabazar, a wholesale market whose history goes back to the 18th Century. Everything – from spices, clothes and electronics to salvaged doors and second-hand furniture – is traded here. Amidst this bustling grid of roads, at the corner of Brabourne Road and Canning Street, sits the imposing Magen David Synagogue. Adjacent to it is the city’s oldest existing synagogue, Neveh Shalom Synagogue.

Built in Italian Renaissance style in the late-19th Century with bright brick finish, beige trim, arches and a pointed tower, Magen David is striking. Inside, chequered floors, ornate pillars, shimmering chandeliers and stained-glass windows make for a memorable image. However, the synagogue is deserted on most days, and hardly any religious activity takes place.

Kolkata is home to the Baghdadi Jews, who were once abundant enough to warrant five synagogues; now there aren’t enough for a minyan (minimum [10] male Jews required for liturgical purposes). Magen David and the smaller Beth El Synagogue on nearby Pollock Street were both classified as protected monuments and renovated by the Archaeological Survey of India in 2017. Today, they are tourist destinations, and kept open for the odd visitor.

The story of disappearing Jewish populations finds echoes elsewhere in India. Esther David’s recent book, Bene Appetit: The Cuisine of Indian Jews, is an attempt to preserve the culinary traditions of these diminishing communities. Jews are believed to have first arrived in India about 2,000 years ago, according to David. Since then, until two centuries ago, waves of Jewish immigrants continued to come here from various parts of the world, fleeing persecution and looking for better livelihoods. Once they landed, they settled in disparate corners of the country.

The largest group, the Bene Israel Jewish community, is spread over Mumbai and Pune in Maharashtra and parts of Gujarat; while Malabar or Cochin Jews can be found in in Kerala. Baghdadi Jews settled in Kolkata; Bene Ephraim Jews near Machilipatnam, Andhra Pradesh; and Bnei Menashe Jews in Manipur and Mizoram. By 1940, an estimated 50,000 Jews called India home. But widespread immigration to Israel in the 1950s slowly whittled away the numbers and it is estimated that fewer than 5,000 remain.

Predictably, they amalgamated into the local communities and adapted the local language and culinary influences. So much so that each community is now distinct. No two speak the same language and much of their food varies widely. Yet, certain points of overlap remain: all five communities continue to pray in Hebrew and all maintain the dietary laws – which includes no mixing of dairy and meat, no pork, no shellfish, no fish without scales – that are fundamental to the religion.

“The food of the Indian Jews has regional influences, but [while Jewish cuisine elsewhere usually has a meat element] their staple diet is fish [with scales] and rice,” David explained, noting that Indian Jews end a meal with sweets made with coconut milk or fruit so as to not mix dairy with meat. “Because kosher meat is not always available, many of them follow a vegetarian diet,” she added. The cookbook does list a number of meat dishes, but these are cooked occasionally, on special and festive occasions.

Other distinctive adjustments David notes, include swapping challah for chapatis (unleavened bread) – taking care not to cook or smear it with ghee, as is usually done in India, if served with meat – and using homemade grape juice/sherbet for the Shabbat ceremony due to the unavailability of kosher wine.

An award-winning author and artist from the Bene Israel Jewish community, David confessed that she had only a passing interest in food. One of her previous works, Book of Rachel, has a protagonist who turns to cooking and each chapter begins with a Jewish recipe. Yet, a cookbook was never on the radar for David. A trip to the town of Alibaug (outside Mumbai, and Bene Israel homeland) to meet with a source changed things. The aromas and taste from dishes made by her source took her back to childhood and unlocked long forgotten memories. Hence the first line of Bene Appetit: “Food is memory”.

The exact moment of deciding to write a cookbook on Indian Jewish cuisine, however, occurred far away from home, in Paris, at the launch of one of her novels, where she cooked Bene Israel Jewish dishes and started thinking of documenting Indian Jewish dishes across the country. Back home, she reached out to the communities, travelled and met people, and collected their recipes. When the pandemic hit, work progressed online, and the book was published in 2021.