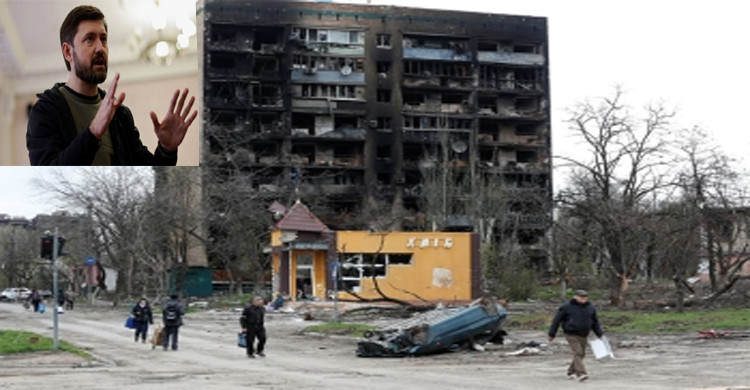 The fate of the 100,000 civilians still trapped in the southern Russian port city of Mariupol is now in the hands of Russian President Vladimir Putin, said the city’s mayor, Vadim Boichenko. He made the remarks in an interview with Reuters on Thursday, local time. He claimed that the mass graves captured in the satellite image proved that the Russians were burying the bodies to hide the death toll.

Earlier, Russian President Vladimir Putin claimed on Thursday (April 21st) that Mariupol had been released. He demanded the capture of the southern Ukrainian port city after a two-month siege. The two-month Russian blockade and heavy bombardment caused a humanitarian catastrophe in the city. As a result, the residents who did not flee suffered from power, heat or water crisis.

Mayor Vadim Boychenko said it is important to understand that the fate of people still trapped in the town of Mariupol is in the hands of one person; Vladimir Putin and all the deaths that will happen from now on are in his (Putin’s) hands.

The Russian president announced on Thursday that Mariupol had been “released”. As a result, Russia captured the first major Ukrainian city in a two-month military campaign. However, Moscow has denied targeting civilians in the ongoing “special military operation.”

In response to President Putin’s announcement, Vadim Boychenko said there were no plans to liberate the city (Russian troops). The plan was simply destruction.

He estimates that 90 percent of the southeastern port city has been destroyed since Russia invaded Ukraine on February 24.

The mayor of Mariupol said: “Today we have one thing to say, and that is that we need a ceasefire, to give a full release to the 100,000 inhabitants of Mariupol who are being held captive by the Russian military, and to release all the people in the Azovstal steel plant.”

Although Russian troops now control most of the town of Mariupol, a group of Ukrainian fighters is stationed with hundreds of civilians in an underground bunker at the Azovstal Steel Complex. President Putin has told Ukrainian fighters to either lay down their arms or surrender or die.