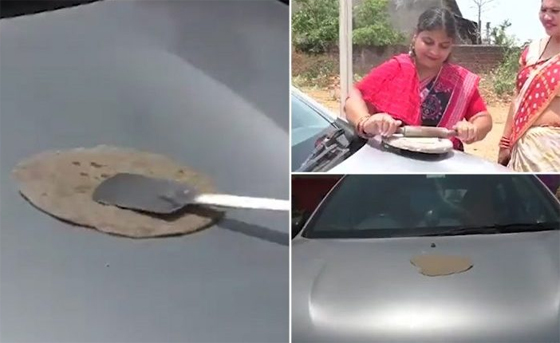 In the summer season, the situation is miserable. In neighboring India, the average daily temperature rises to 40 degrees Celsius. Even cities that have been cool in the summer are experiencing a new kind of heat this year. Seeing such a high temperature, many people joke that even food can be cooked sitting outside in this heat! We may laugh at such jokes, but what if the word is true?

The one-minute video shows that the bread was cooked in a car due to the extreme heat. Since the video was uploaded, it has been viewed 70.9 thousand times and contains several comments. Many have expressed their views and shared their experiences. Manipur climate activist Lisipriya Kangujam also reacted to the video and wrote, “Congratulations India! Finally, we can make bread on the bonnet of the car. ”