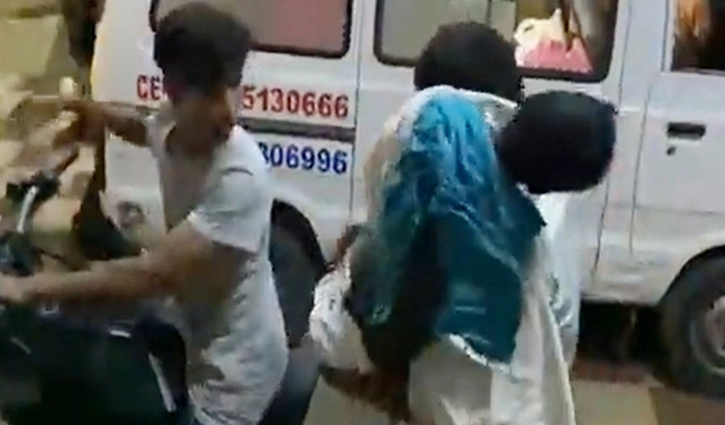 Ambulance drivers in Tirupati, Andhra Pradesh, India, did not hear the plea of ​​an unfortunate father. Under no circumstances did they agree to deliver the body of the farmer’s father’s son for less than 10,000 rupees. So the bereaved man was forced to go to a destination 90 kilometers away on a motorcycle carrying the body of a 10-year-old boy on his shoulder.

Meanwhile, a video of last Monday’s incident has spread through social media. After watching the video, a storm of criticism started across the state. Meanwhile, the Tirupati district administration has directed to investigate the incident and take necessary action. It is known that A 10-year-old boy named Jessava was being treated at the Government SVRR General Hospital in Tirupati.

He died last Monday night of kidney and liver failure. The hospital authorities handed over the body of the child to his father around 2 pm on Tuesday. The father, mourning the child’s death, first began to wait for a government ambulance. But he did not get a car and went to hire a private ambulance. But the drivers of the private ambulance demanded Rs 10,000 to go to Chitvel, 90 km away.

The driver of the ambulance refused to go when the poor farmer’s father told him that he could not pay that much. So he was forced to get on the motorcycle of an acquaintance. He picked up the boy’s body on his shoulder. Meanwhile, the video has started spreading criticism through social media. After that, the Tirupati district administration ordered an investigation into the incident. Source: Times of India