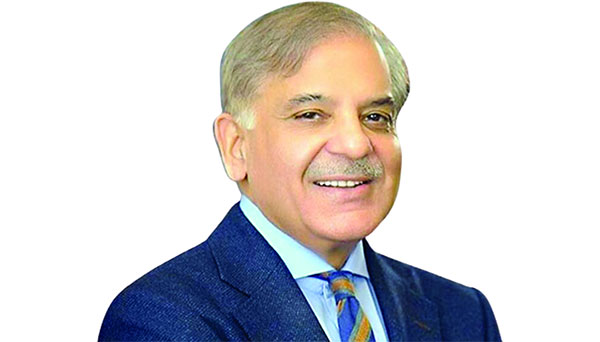 After the drama, the era of Shahbaz Sharif started in Pakistan. As Prime Minister, he will now lead Pakistan until the next election. In his first speech to parliament after being elected, he made it clear what his era would be like, what his diplomacy and foreign policy would be like. He also said that Pakistan would establish cordial relations with Britain, European Union countries, China and the United States. Acting Speaker Ayaz Sadiq has declared him as the Prime Minister after counting and voting in the parliament. “Mia Shahbaz Sharif has been declared the elected Prime Minister,” he said. In his first speech to parliament, he spoke of strengthening ties with the United States and China. He said the government would implement the China-Pakistan Economic Corridor at the pace of Punjab. He accused the outgoing government of damaging Pakistan’s relations with China.

He thanked the Supreme Court. He has announced to increase the minimum salary of government employees to Rs 25,000. He said the order would be effective from April 1. That means they will get this salary at the end of this month. He added that wheat would be offered at lower prices in utility stores. Young people will be given laptops. ‘Benazir Card’ will be launched. The new prime minister says for the first time in Pakistan’s history a prime minister has been ousted by a no-confidence vote. Shahbaz Sharif said that if progress is to be made in Pakistan, then we have to become financially self-sufficient. We have to protect the country, we have to respect it. No one can be considered a traitor. At the moment they are not traitors. To move Pakistan’s economy forward, the government needs to negotiate. All obstacles must be overcome. He added that Pakistan needs to work hard to move forward. If only statements could take the country forward, However, during the PTI, we were among the leading countries. The influence of the former government must be washed away by working together. At the moment, the state of Pakistan’s economy is bad. He added that the government would take steps to make Pakistan an investment haven. This was reported by Online Express Tribune, Dawn, Geo News etc.

Shahbaz is the Prime Minister

On the other hand, although the Pakistan Tehreek-e-Insaf (PTI) party announced its resignation at once, they are now in the opposition camp. Their seats in Parliament are vacant. They are now out of Parliament. The Prime Minister has boycotted the election. Walked out. Former Prime Minister Imran Khan has called the new government and its allies “thieves”. He said he could not sit with the thieves. Opposition parties have stated they will not run in the by-elections. PML-N, PPP, JUI-F have unopposed the new Prime Minister of Pakistan Shahbaz Sharif, younger brother of former Prime Minister Nawaz Sharif and party chief. President Arif Alvi was asked to administer the oath of office to him at his residence last night.
But at the last minute the president was said to be ill. He cannot swear. Doctors advised him to rest for a few days. In this situation, Senate Chairman Sadiq Sanjrani said that the new Prime Minister will be sworn in at 9 pm local time. Meanwhile, key members of the new government have already said that if PTI members resign, by-elections will be held in that constituency.
Yesterday afternoon a session was held for the election of the Prime Minister. At the beginning, Deputy Speaker Qasim Suri sat in the Speaker’s seat. When the session began under his chairmanship, it was joined by PTI Chairman and former Prime Minister Imran Khan. He made inflammatory speeches in Parliament. “We cannot sit together with the thieves in this parliament,” he said. Shah Mehmood Qureshi was the foreign minister of his government. He was the PTI candidate for the post of Prime Minister. But when they announced their resignation, Shahbaz Sharif stood for election without contest. As soon as the election for this post started, PTI members boycotted the parliament. As a result, only 164 votes were cast for the post of Prime Minister. Imran Khan’s prime ministership was lost in this vote. Although Imran Khan’s PTI rebels had the support of the opposition camp, they did not have to vote. They were sitting in the opposition lobby at the time.
Earlier, in 2016, when Imran Khan was elected Prime Minister with 16 votes, Shahbaz Sharif was still a candidate for the post. He got only 96 votes then. This time his rival for the post was Shah Mehmood Qureshi of PTI. But the party decided to resign from parliament. They called the new ruling party an import and boycotted it at the last minute of parliament. At that time, the PTI MPs started leaving the parliament. They chanted slogans against the leaders of their opposition parties and even against the United States. Acting Speaker Ayaz Sadiq began the process of electing the Prime Minister after the PTI MPs walked out of Parliament announcing their resignation. Suddenly he mistakenly pronounced Shahbaz Sharif as Nawaz Sharif. Later he apologized to Shahbaz Sharif for this. He said Nawaz Sharif has made a mistake that is in his heart and mind. After the announcement of Shahbaz Sharif as the Prime Minister of the country, the (former) members of the Opposition started sitting on the Treasury bench. At that time many seats were vacant on both sides. Many, on the other hand, stay where they are.
Earlier in the day, PTI’s prime ministerial candidate and former foreign minister Shah Mehmood Qureshi announced that PTI MPs would resign from parliament at once. Deputy Speaker of Parliament Qasim Suri presided over the session. At the time, he explained about not voting in the no-confidence motion against Imran Khan and his relationship. He said the court had earlier declared the order of the parliament unconstitutional. We are obliged to show respect to the court order. But I want to talk to you about my ruling. He said he had made the decision as a responsible Pakistani and deputy speaker of parliament. PTI members, including the deputy speaker, announced their resignation at once. As a result, the parliament continued under the chairmanship of acting speaker PML-N leader and former speaker Ayaz Sadiq.
Asked to comment on PTI’s big power show on Sunday night, Imran Khan said, “Izzat Denewala Allah Hai”. That is, God is the owner of honor. Meanwhile, on social media, the news of the simultaneous resignation of PTI MPs from Imran Khan’s party has spread. After many adversities and dramas, the election of the 23rd Prime Minister of Pakistan started in the lower house of Parliament. The standoff between the ruling party and the opposition, which began on Saturday, lasted for about 14 hours. Then Imran Khan was deposed in the legal process. The election of the new Prime Minister was scheduled to be held on Monday at 2 pm local time, but it started late.

Imran Khan appeared in Parliament for the first time on this day after being ousted. Before the new prime minister was elected, he announced his decision to resign from parliament. He said he would not sit in parliament with the thieves. Imran Khan said in Parliament that the person against whom there is a corruption case of Rs 1600 crore and another corruption of Rs 600 crore is being elected, he is being elected as the Prime Minister. There can be no greater insult to the country. Former Home Minister Sheikh Rashid Ahmed of the Imran Khan government confirmed his decision. He said that sitting in the parliament would strengthen the Leader of the Opposition Shahbaz Sharif. That is why they have decided to resign in the parliament known as the National Assembly. He said Imran Khan supported my suggestion in the meeting of the parliamentary party of the party. He will visit Peshawar on Wednesday. Every Sunday, Imran will call on the people to protest against foreign conspiracies. Meanwhile, according to ARY News, Murad Saeed, a PTI member, submitted his first resignation letter to Parliament.
Earlier in the day, PTI held a meeting of the parliamentary party at the Parliament House in the capital Islamabad. Radio Pakistan reported that Imran Khan presided over the meeting.