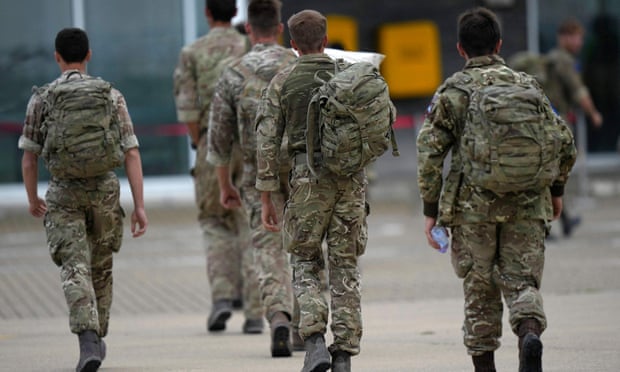 Thousands of emails to the Foreign Office from MPs and charities detailing urgent cases of Afghans trying to escape from Kabul have not been read, including cases flagged by government ministers, the Observer has been told.

The UK’s Afghanistan evacuation concluded on Saturday night with the departure of Britain’s final military and diplomatic personnel, bringing a sudden end to the 20-year deployment. More than 15,000 people have been brought out of the country in the last fortnight, in what ministers described as the largest UK military evacuation since the second world war.

However, amid accusations of government incompetence over elements of the evacuation effort, the Observer has seen evidence that an official email address used to collate potential Afghan cases from MPs and others regularly contained 5,000 unread emails throughout the week.

In many cases, emails detailing the cases of Afghans who fear for their families’ lives appear to have been unopened for days. An email from the Labour leader, Keir Starmer, sent on Monday was still unread on Thursday. There also appeared to be unread messages from the offices of Victoria Atkins, the newly appointed minister for Afghan resettlement, the home secretary, Priti Patel, and the Tory chair of the defence select committee, Tobias Ellwood.

The revelation calls into question the suggestion from ministers that the number of Afghans left behind would be up to 1,100 in total.

“They cannot possibly know [how many people have been left behind] because they haven’t even read the emails. Even among those who’ve been registered, many have been left behind. But there’s also a much, much larger group of people who just haven’t been dealt with at all.”

A Foreign Office spokesperson said: “We have been working tirelessly to evacuate over 15,000 people from Afghanistan in the last two weeks. We deployed a 24/7 cross-Whitehall team based in our crisis hub to triage incoming emails and calls from British Nationals, ARAP applicants, and other vulnerable Afghans.”

“We always cautioned that the nature of the security situation in Afghanistan and our responsibility to keep our people safe meant that we would not be able to evacuate everyone we wanted to. Our efforts have now turned to doing everything we can to help any remaining British nationals and the Afghans who supported us leave Afghanistan safely.”

The claims will heap further pressure on the Foreign Office’s handling of the evacuation process and the foreign secretary, Dominic Raab, who has been criticised for initially remaining on holiday when the Afghanistan crisis began.

Starmer said the “complacency and incompetence of this government has been exposed yet again and with tragic consequences”. He added: “The fact that so many emails have simply gone unopened is not the fault of civil servants but of government ministers who have been missing in action during this whole crisis.”

Kabul was a city of fear on Saturday night as the final UK flight carrying evacuated civilians made its way to safety, leaving hundreds of Afghans who worked for Britain at the mercy of the Taliban.

As UK and US forces raced to complete a separate airlift of soldiers, diplomats and Afghan staff, victorious Taliban fighters delivered a pitiless coup de grace, claiming control of parts of the airport, the last remaining fragment of territory still in western hands.

Reeling from Friday’s Islamic State suicide bombing of the airport that killed more than 100 people, mostly civilians, the Afghan capital was gripped by fears of possible Taliban vengeance killings of western “collaborators” and the prospect of fresh terror attacks.

In an ominous sign of the turmoil facing the ungoverned country, Kabulis gathered on the streets to demand money from closed banks. Meanwhile, thousands of frightened people were fleeing the capital in vehicles or on foot, making for the Pakistan border as the era of US control shuddered to a close.

As the final evacuations took place on Saturday, Kabul’s Hamid Karzai airport remained under a high security alert, with the US telling any citizens still queuing at the gates to leave immediately. The Taliban also began efforts to seal off the whole area around the airport. Extra Taliban forces, many armed with US military equipment, were deployed to set up new checkpoints and blocked all routes to the airport gates, bringing some order to a place of chaos.

With other western nations also halting evacuations on Saturday, and just three more days until 31 August, the deadline for complete US withdrawal, the desperation of many stuck in Kabul was palpable. Among those who fear they will be left behind once all evacuation efforts end on Tuesday, are dozens of local Afghan staff working for the UN.

They have accused its agencies of evacuating international staff immediately, but abandoning local staff until it was “too late”. One Afghan woman who worked for a UN agency in Kabul for several years said: “The UN evacuated the expats safely in convoys to the airport in the first and second week after the Taliban took over. But they literally did nothing for local staff.

“Some of the local staff were crying in meetings, saying they didn’t feel safe at home. And all they [the UN] said was, ‘sorry, we will try to do our best’. But they didn’t do anything and now we are trapped.”

British soldiers disembark at RAF Brize Norton on Saturday.
‘I can’t risk my children’s lives’: the families left behind at mercy of Taliban
Read more
Mohammad Naciri, regional director for UN Women Asia, said that evacuation efforts for their teams, and Afghan female human rights defenders, were ongoing, despite numerous challenges, and they were in discussions with member states to help “facilitate those who feel they would be safer out of Kabul”.

In the city centre, chaos erupted on Saturday as hundreds of people took to the streets outside New Kabul Bank to protest at months of unpaid salaries and the fact they have been unable to withdraw money. For the past few days, long lines have formed at cashpoints across the capital, where cash withdrawals have been limited to $200 every 24 hours.

“Twenty years ago, in the wake of the 9/11 attacks, the first British soldier set foot on Afghan soil aiming to create a brighter future for the country and all its people,” he said. “The nature of our engagement in Afghanistan may have changed, but our goals for the country have not.

“We will now use all the diplomatic and humanitarian tools at our disposal to preserve the gains of the last 20 years and give the Afghan people the future they deserve.”