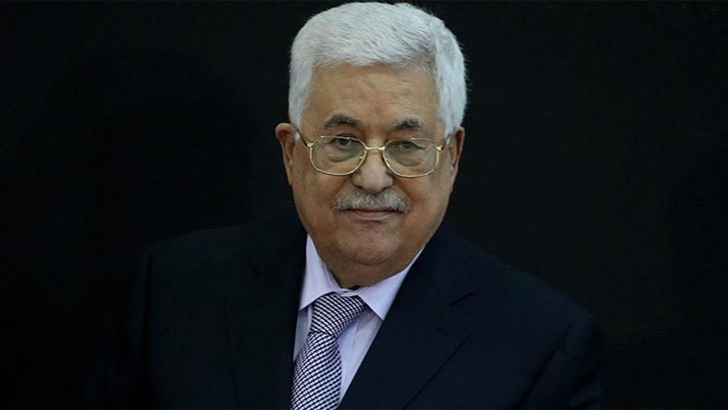 Palestinian President Mahmoud Abbas has paid a rare visit to Israel. A statement from the Israeli Defense Ministry said on Tuesday.

It said a meeting with the Palestinian president was held at Rosh Hein, the residence of Israeli Defense Minister Beni Gantz. During this time they discussed security and civilian issues.

“We have discussed ways to implement economic and civilian measures,” Israeli Defense Minister Gantz said in a tweet. We emphasize the importance of strengthening security coordination for the benefit of Israelis and Palestinians, and of preventing terrorism and violence.

Palestinian Civil Affairs Minister Hussein al-Sheikh said in a tweet on Wednesday that Benny Gantz’s latest meeting with Mahmoud Abbas focused on creating a political environment in which a political solution could be found under an international resolution. The latest US-brokered peace talks stalled in 2014.

The meeting, which lasted about two and a half hours, was attended by Ghassan Aliyan, head of the relevant branch of the Israeli military in charge of civilian welfare in the Palestinian territories, Hussein al-Sheikh, a senior Palestinian Authority official, and Majid Faraj, the Palestinian intelligence chief.

In late August, Beni Gantz visited the Palestinian Authority’s headquarters in the occupied West Bank city of Ramallah. It was the first high-level meeting in the last few years.

The visit will be held in the first week of 2022 to discuss ways to further strengthen the strategic relationship between the two countries. News Al Arabiya.

Ali Bahadori Jahromi, a spokesman for the Iranian government, made the remarks at a weekly briefing in Tehran on Tuesday.

He said Putin had invited the Iranian president to visit Moscow as part of “continuing strategic relations” between Russia and Iran.

Zahromi said the main purpose of the visit was to strengthen Tehran-Moscow cooperation and ties.

Meanwhile, Russian presidential spokesman Dmitry Peskov told reporters in Moscow on Tuesday that Iran and Russia were preparing to “establish contacts at the highest level.”

In recent years, Iran’s cooperation with Russia has been strengthened in many areas. Russia is cooperating and supporting Iran’s civilian nuclear program.

In a telephone conversation with the Russian president last September, President Ibrahim Raisi expressed interest in strengthening cooperation with Moscow in all fields.

He said Iran was trying to produce a vaccine in a joint venture with Russia to combat the coronavirus.