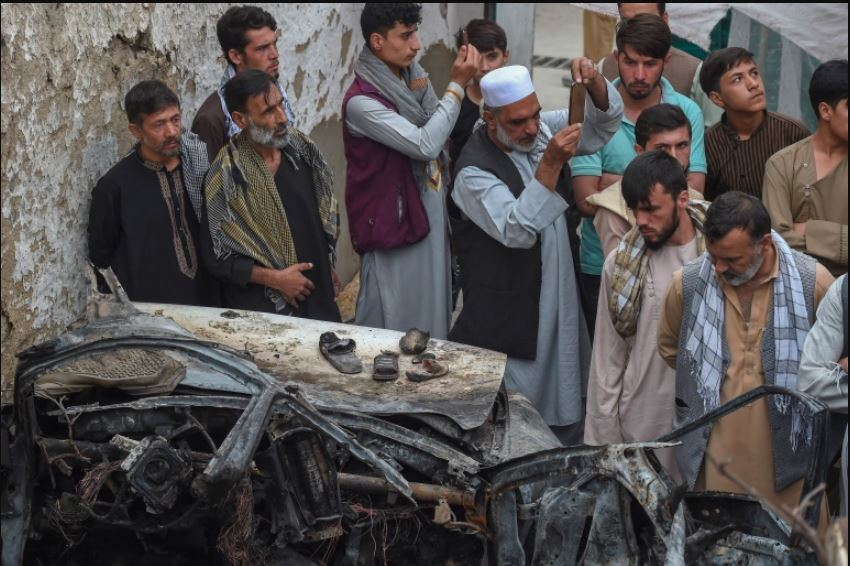 The legislation also calls for an unclassified report on how the Department of Defense “distinguished between combatants and civilians in United States military operations in Afghanistan, Iraq, Syria, Somalia, Libya, and Yemen since 2001″.

“We cannot continue to accept the deaths of innocent civilians as an unavoidable cost of war – the Department of Defense has a moral responsibility to prevent civilian harm from its military operations and investigate if civilians are harmed,” Senator Elizabeth Warren, who is leading the legislative effort, said in a statement.

She added that the two bills would put “significant guardrails and transparency requirements in place” to prevent civilian suffering.

If passed into law, the bills would designate an official at the Pentagon to coordinate investigations into civilian harm.

The proposals come eight months after a US drone attack in Kabul killed 10 civilians, including seven children.

US military leaders initially insisted that the August 2021 raid targeted ISIL (ISIS) operatives planning an attack on the airport in Kabul, where American troops were conducting a massive evacuation operation.

“At this point, we think that the procedures were correctly followed and it was a righteous strike,” Mark Milley, the top US general, told reporters in a briefing on September 1, 2021.