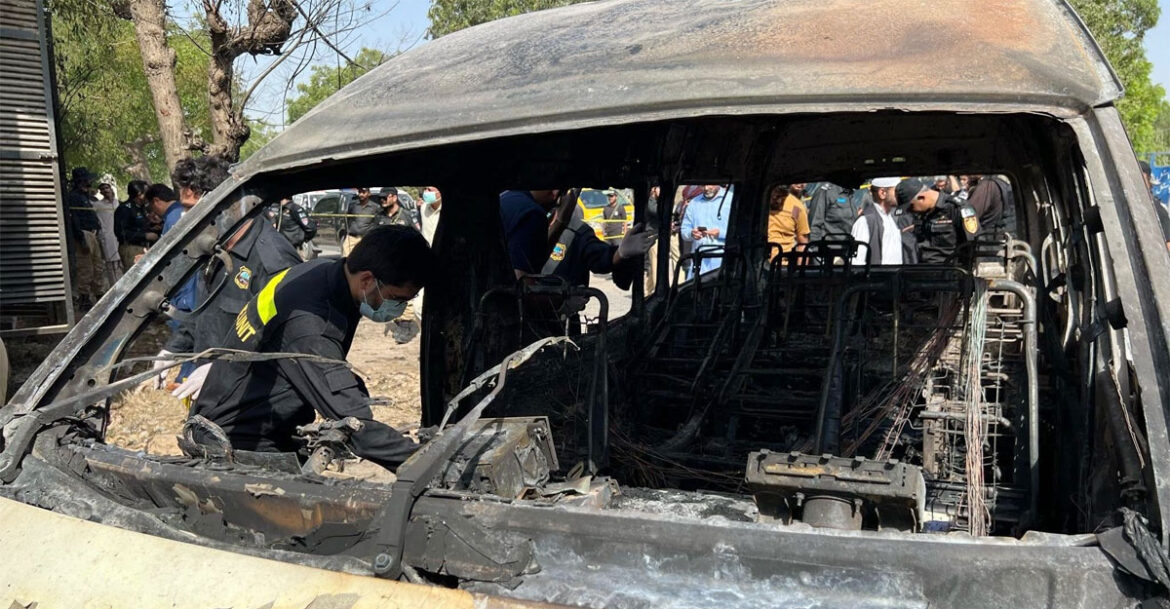 A microbus has exploded on the campus of Karachi University, the main city of Karachi, the capital of Pakistan’s largest city and the country’s southeastern province of Sindh. Three Chinese nationals and a Pakistani were killed in the incident.

Besides, 2 others were injured; One of them is Chinese and the other is Pakistani. The blast took place around noon local time on Tuesday, and three of the dead were Chinese nationals, a Karachi University spokesman confirmed to Pakistan’s daily Dawn.

The dead included Huang Guiping, Ding Mupeng, Chen Sa and Khalid, the driver of the microbus. Wang Yuking and Hamid, two others in the car, were also injured.

Analysis of CCTV footage of the scene showed that the microbus was heading towards the nearby Confucius Center near the University’s Commerce Faculty building when it suddenly exploded to the right of the car.

Among the dead was Huang Guiping, director of the Confucius Center; Apart from driver Khalid, the others were teachers of the center.

Television footage showed a white microbus catching fire and smoke billowing from its remnants. Later the fire was brought under control. Police and rescue personnel were present at the spot.

According to Dawn, the death toll has been confirmed by Sindh Chief Minister Murad Ali Shah in a telephone call.

Initially, many people thought that the incident was due to the explosion of the CNG cylinder inside the car, but the police said that the exact cause of the explosion has not been confirmed yet.

Sindh provincial police DIG Muqaddas Haider told Dawn: “It is not yet clear whether it was a bomb blast or some other incident. We have started working on the issue.