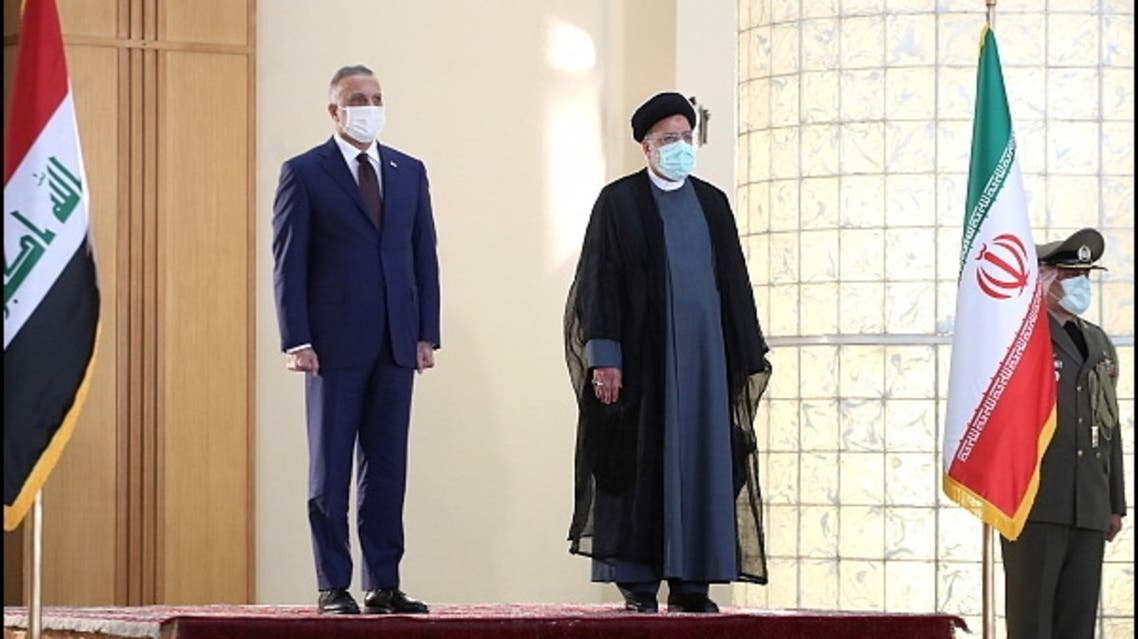 Kadhemi is the first foreign leader to visit the ultra-conservative Raisi, and he brought along a “high level political and economic delegation”

Raisi said in the joint press conference on Sunday that “al-Kadhimi agreed to increase Iran’s share regarding the Arbaeen visitors,” adding that “we have deep relations with Iraq.”

Raisi added that several decisions were taken in the joint meeting with al-Kadhimi, including “the agreement to cancel the visa requirement between Iraq and Iran.”

Television showed the Iraqi premier welcomed by a guard of honor, before immediately beginning a meeting that IRNA said touched on “questions of mutual and international interest.”

As Iran’s neighbor to the west, Iraq has sought a mediating role between Tehran and Arab nations.

“We want it to be a process in which everyone says they have taken revenge on the Americans. It will be a qualitative process (that can come) from the air, the sea, along the borders of Iraq, in the region or anywhere. It is an open war,” he said.