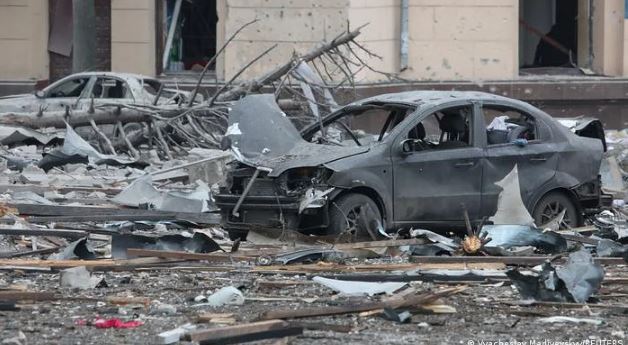 An Indian student was killed in a bomb blast in Ukraine on Tuesday. New Delhi has called on Moscow and Kiev to allow 12,000 Indians stranded in Ukraine to leave safely.

“We are deeply saddened to learn that an Indian student was killed in a shootout in Kharkiv on Tuesday morning,” Foreign Ministry spokesperson Arindam Bagchi said on Twitter.

Russia has launched a missile strike in the center of Kharkiv, Ukraine’s second-largest city, regional governor Oleg Sinegubov said on Tuesday. The bomber struck shortly after noon in front of a rally in the heart of the city, Freedom Square. Government offices there are believed to have been targeted.

There were about 20,000 Indian nationals in Ukraine before the Russian invasion. About 8,000 of them have left Ukraine, according to officials. 1,400 people have reached India.

According to Indian media reports, some Indian students are being barred from crossing into neighboring countries. Border guards are reportedly demanding money by refusing to give them passes.