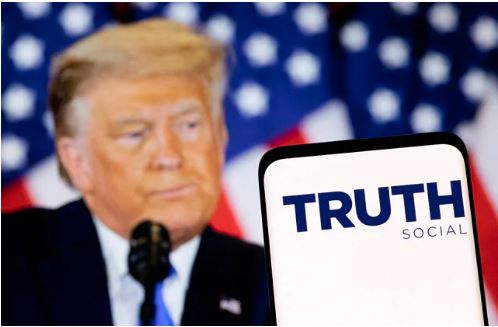 On January 8, 2021, Trump supporters attacked the Capitol Hill in the United States. Trump’s account was completely shut down last year by Twitter authorities, fearing that Trump could use Twitter to further aggravate the situation. Republicans were outraged when Elon Musk, CEO of electric car maker Tesla, bought Twitter recently. He also said he would invite Trump back to Twitter. But Trump has also said he is not returning to Twitter.

In such a situation, Trump wrote in a message last Thursday on his established social media, Truth Social, ‘I’m back! #Kofefi.’

Coffey is a spelling mistake that Donald Trump wrote about the media on Twitter when he was president.

On February 21, Trump-owned app ‘Truth Social’ launched in Apple Inc.’s App Store. Before the app was launched, Trump’s son Donald Trump Jr. posted a screenshot of his father’s Truth social account. It was seen that Donald Trump had given a post on Truth on February 14 before the inauguration. He said, ‘Get ready! You will see your favorite president soon. ‘

The company plans to merge with a new company called Trump Media and Technology Group (TMTG. Digital World Acquisition Corporation), which is owned by Truth Social.

The agreement is being scrutinized by the US Securities and Exchange Commission. The deal is expected to take months to finalize.