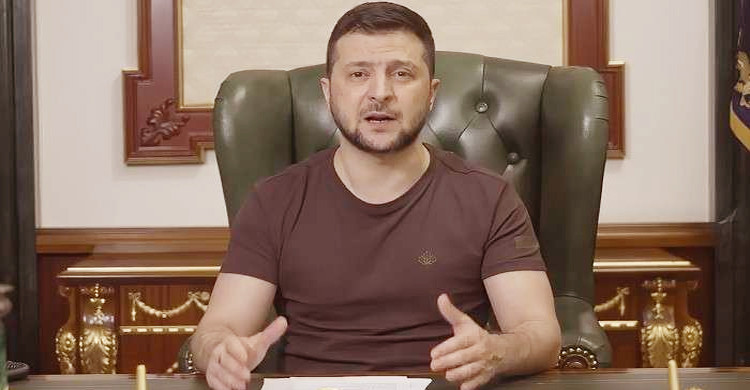 Russia has been conducting military operations in Ukraine for almost two months now. The Eastern European country is devastated by the onslaught of Russian troops. That is why Kiev has repeatedly demanded arms and military assistance from Western allies, including the United States, to confront superpower Russia.

In this situation, the President of Ukraine Volodymyr Zelensky has claimed that the war against Russia would have ended by now if Ukraine had advanced weapons. The British media reported this information in a report on Wednesday (April 20).

In a video message on Tuesday night (April 19), the Ukrainian president said that if Ukraine had more advanced weapons than the kind of weapons Russia is using in military aggression, we would have already ended the war.

“I have said in all meetings and discussions with the leaders of the democratic world that it is unjust that Ukraine is now forced to reach out to others for something like this; Which our partners and allies have been saving for years.

He asserted that his country had a “moral obligation” to help Ukraine defend its independence, and to save the lives of thousands of Ukrainian citizens, if they had the weapons and ammunition that Ukraine needed.

Volodymyr Zelensky also said that the weapons promised to Ukraine would save thousands of lives if we received them in the coming weeks.

President Zelensky alleges that the Russian military has intensified its offensive in the Kharkiv and Dnipropetrovsk regions of Donbass, east of Ukraine. He also said that civilian infrastructure has been targeted in the attacks in these areas.

Russia, meanwhile, has issued a fresh ultimatum calling for the surrender of Ukrainian fighters still fighting in the southern Ukrainian port city of Mariupol. The fighters have been asked to surrender on Wednesday, the new deadline.

Russia claims to have captured most of the city of Mariupol, but the rest of the Ukrainian fighters occupy the city’s Azovstal steel plant, media reports say. They are completely under siege by Russian forces inside the factory.

In a video message issued shortly after the deadline for Ukrainian fighters to surrender, President Zelensky said the fate of thousands of residents of the town of Mariupol, which had been evacuated to Russian-controlled territory, was still unknown.