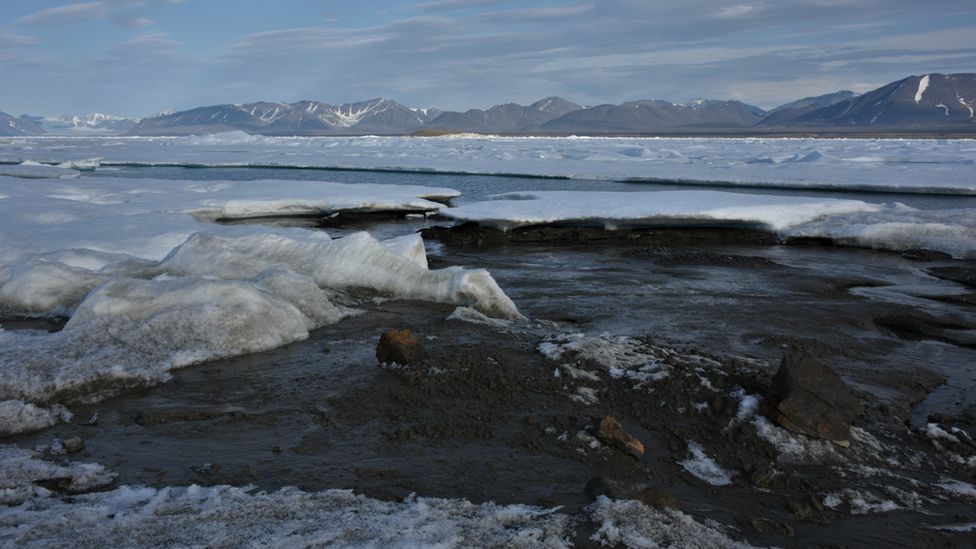 A group of scientists say they have discovered by luck what they believe is the world’s northernmost island off Greenland’s coast.

In July, the scientists flew to collect samples to what they thought was Oodaaq Island, that has been known since 1978.

But when they checked their position with the Danish official in charge of registering Arctic islands, they were 800m (2,625ft) further north.

The 60X30m island is the closest point of land to the North Pole, they say.

Greenland is a vast autonomous Arctic territory that belongs to Denmark.

As the ice melts, Greenland considers its future
The rush to claim an undersea mountain range
“The island was discovered during a Danish-Swiss research expedition, which I was co-ordinating,” scientific leader Morten Rasch of the Arctic Station in Greenland, University of Copenhagen, told the BBC.

“We wanted among many other things to visit Oodaaq Island, which was previously known as the northernmost island.”

Mr Rasch said his team “wanted to sample the island to look for new species being adapted to a life in this very extreme environment”.

“We were six people in a small helicopter, and when we reached the position of Oodaaq Island, we could not find it,” he said, adding that maps were not very accurate in that part of the world.

“So, we just started to search for the island. After a few very exciting minutes, we landed on a strange unvegetated bunch of mud, moraine deposits and gravel surrounded by sea ice on all sides – not a very friendly place.

“After the expedition and many discussions with specialists on the topic, we have now realised that we by accident actually discovered the world’s most northerly island.”

Mr Rasch told the BBC that from a scientific perspective it was “not a big deal”.

“But, from a personal perspective it is, of course, somehow funny to be among those six people ever on earth who have had muddy boots at the most northerly point in the world.”

The scientists now want the island to be named Qeqertaq Avannarleq, which means “the northernmost island” in Greenlandic.

Greenland has hit the headlines several times in recent years, with then-President Donald Trump suggesting in 2019 that the US could buy the territory.

US announces millions in aid for Greenland
Could Greenland become China’s Arctic base?
Denmark quickly dismissed the idea as “absurd”, but international interest in Greenland’s future has continued.