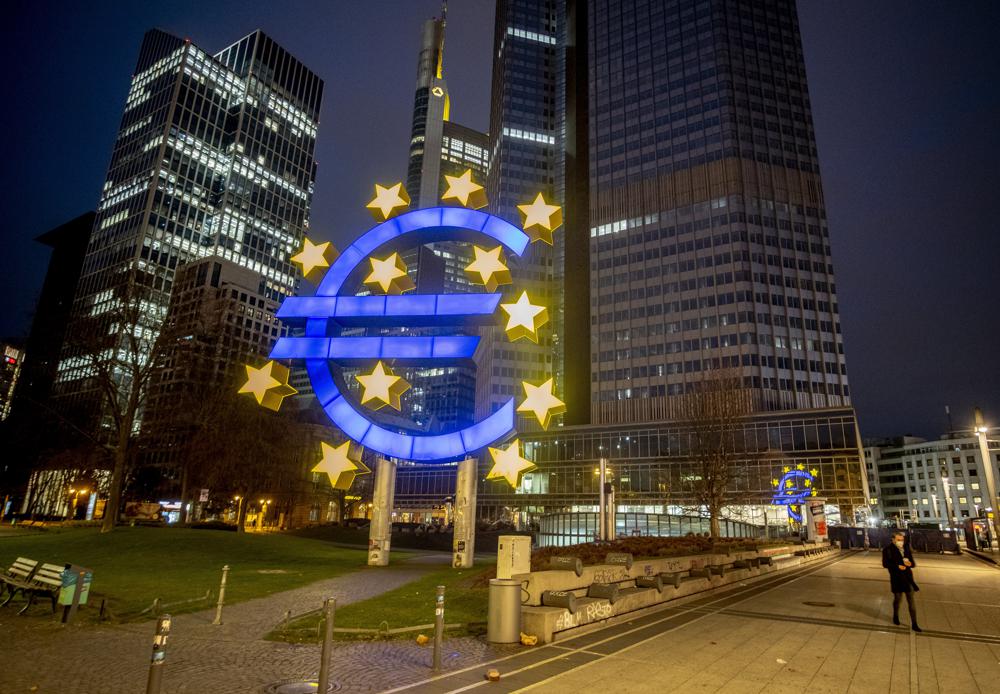 FRANKFURT, Germany (AP) — Annual inflation equaled 10-year high in Europe in August, boosted by more expensive fuel and supply chain disruptions. Economists say the jump is temporary, but it could raise questions about how persistent higher inflation might turn out to be.

The 19 countries that use the euro currency saw inflation spike to an annual 3.0% in August, up from 2.2% in July, according to figures released Tuesday by European Union statistics agency Eurostat. Market analysts had expected 2.8%

The increase was so large in part because some prices were much lower a year ago due to one-time factors connected to the coronavirus pandemic. The last time inflation was this high was in November, 2011.

Oil prices, following a price slump a year ago during the depths of the pandemic recession, contributed to a 15.4% rise in energy costs. With volatile fuel and food left out, core inflation was 1.6%. The latest figure also reflects other transitory factors, such the timing of summer retail sales in France and Italy, and the expiration of German tax breaks on retail purchases.

Economists have cited a raft of additional reasons for recently higher prices in Europe. Some hotels and tourist businesses have marked up prices after the end of pandemic lockdowns, while supply chain disruptions and higher raw material prices have raised prices for producers of goods as economic activity has picked up.

The inflation question has been getting global attention, especially after annual U.S. consumer inflation reached 5.4% in July. The International Monetary Fund says it sees inflation returning to pre-pandemic levels in most countries next year, but adds that there’s high uncertainty about that. It cautioned that central banks may need to take action if price increases prove to be more persistent than expected.

Since many of the factors are temporary, economists do not expect the European Central Bank to attempt to counter inflation by curtailing its stimulus programs or by raising interest rates. The central bank’s most recent projections from June see inflation hitting 1.9% for all of this year, and falling to 1.5% next year. The ECB’s governing council next meets Sept. 9 to review its policy stance.

Still, higher inflation is getting public attention, as witnessed by the front page of Germany’s Bild newspaper trumpeting a “new inflation shock” after German figures came in at 3.4% based on inflation outcomes of several regions, the highest in 13 years. Higher inflation expectations could play a role in wage demands by German unions in upcoming negotiations, according to Carsten Brzeski, global head of macro research at ING bank. One member of the ECB’s governing council, Germany’s Jens Weidmann, has warned that inflation could go as high as 5% and then decline, although the future path is uncertain.

The higher figures come after an extended period of low inflation that undershot the ECB’s goal of below but close to 2%. The bank has recently revised the goal to allow for brief periods of inflation above 2%. Inflation has been low across the developed world for years, with economists theorizing that causes could include digitalization, aging populations and global competition in labor markets.