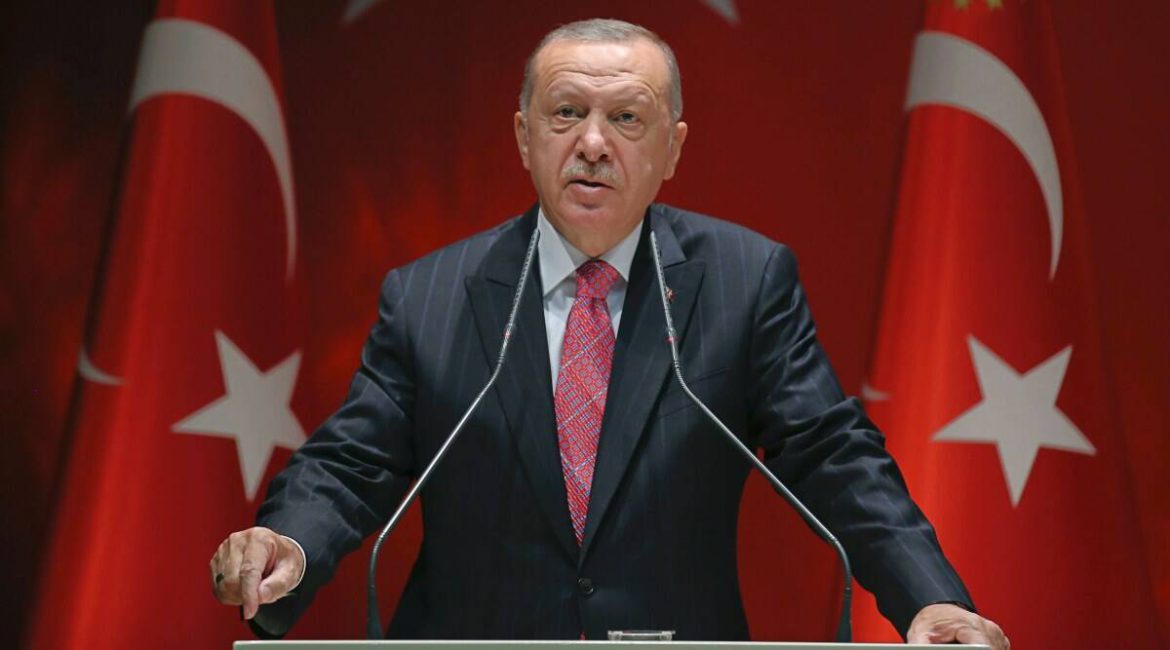 Erdogan’s comments come amid an increase in recent weeks in the number of Afghans making their way into Turkey across the border from Iran.

In a televised address following a Cabinet meeting, Erdogan also said his government would if necessary engage in talks with a government that could be formed by the Taliban for the stability and security of this country.

Read |Memory of migrant crisis haunts Europe as first Afghan refugees land
Erdogan’s comments come amid an increase in recent weeks in the number of Afghans making their way into Turkey across the border from Iran. Anti-migrant sentiment is running high in Turkey as it grapples with economic woes including high unemployment that have been exacerbated by the coronavirus pandemic, and there is little appetite in the country to take in more people.

We need to remind our European friends of this fact: Europe which has become the center of attraction for millions of people cannot stay out of (the refugee) problem by harshly sealing its borders to protect the safety and well-being of its citizens, Erdogan said.

Turkey has no duty, responsibility or obligation to be Europe’s refugee warehouse, Erdogan said.

Erdogan said his country is home to 5 million foreign nationals including 3.6 million Syrians who fled the civil war in the neighboring country and 300,000 Afghans. Around 1.1 million are foreigners with residence permits, he said.

Don’t Miss |Refugees in Istanbul: Is anti-migrant sentiment growing in Turkey?
In 2016, Turkey and the European Union signed a deal for Turkey to stem the flow of hundreds of thousands of migrants and refugees towards Europe, in return for visa-free travel for Turkish citizens and substantial EU financial support. Erdogan has frequently accused the EU of not keeping its side of the bargain.

The president said he was aware of the Turkish public’s unease about refugees. He reiterated that the country had reinforced its border with Iran with military, gendarmerie and police and that a wall being erected along the frontier is nearing completion.

Our state is primarily responsible for the safety and well-being of its 84 million citizens. On the other hand, we are not a society that lacks character, thinks only about itself and turns its back on those who come to our door, Erdogan said.

In reference to the millions of Syrians in Turkey, Erdogan said that those who have learnt Turkish, acquired professional skills and adapted to the country would remain in Turkey, while others would have to return to Syria once conditions in the war-torn country improve.

It is our responsibility toward our own citizens to help those who do not succeed to return to their homes in parallel with an improvement of the situation in their own country, Erdogan said.

Around 450,000 Syrians have already returned to Syria, he added.