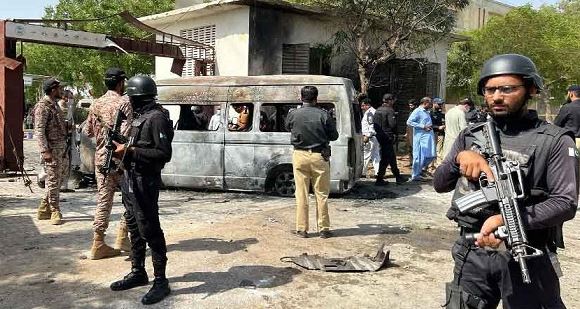 International Desk: Four people were killed in a car bomb blast at Karachi University in Pakistan. The number of injured is multiple. Geo News quoted a source as saying that three Chinese nationals were among the dead.

According to local media sources, a car bomb had exploded at the university premises. The bomber struck shortly after noon in front of the University’s Confucius Institute. Police and rescue teams rushed to the spot after receiving the news of the blast. The injured were rescued and taken to hospital.

According to police sources, there were 7-8 people in the car that exploded. However, the exact number of people killed is not yet clear. However, the death toll is expected to rise.

Karachi police DIG Muqaddas Haider said a group of people were driving from the hostel to the Confucius Institute in a white car. It exploded as soon as I entered the university. He said the cause of the blast was being investigated.