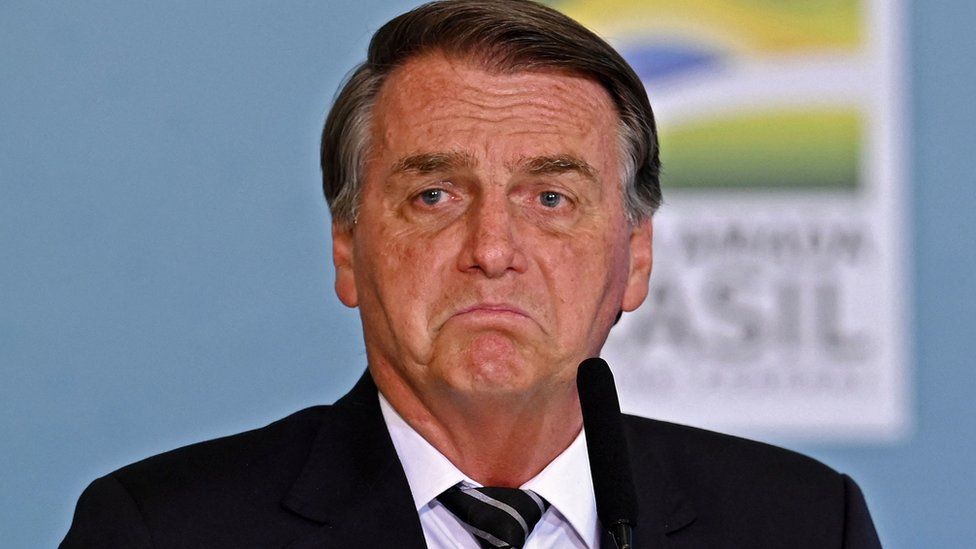 Brazilian President Jair Bolsonaro has said he sees three alternatives for his future: prison, death or victory in next year’s presidential election.

“I have three alternatives for my future: being arrested, killed or victory,” he told evangelical leaders.

But the former military officer said there was no chance of prison because “no man on Earth will threaten me”.

Mr Bolsonaro was nearly stabbed to death on the campaign trail in 2018. His remarks come amid fierce tensions between him and the country’s judiciary and election authorities.

The 66-year-old president, who hopes for a second term next year, has been questioning Brazil’s electronic voting system and threatened not to accept the result of next year’s presidential election.

On Wednesday, the head of Brazil’s electoral court insisted there was no problem with the voting system.

But at a meeting with Christian leaders on Saturday, Mr Bolsonaro refused to back down in his criticism.

“We have a president who neither desires nor provokes a rupture, but everything has a limit in life. I can’t continue to live with this,” he said.

The president urged the evangelical leaders to join planned nationwide demonstrations on 7 September in support of him. 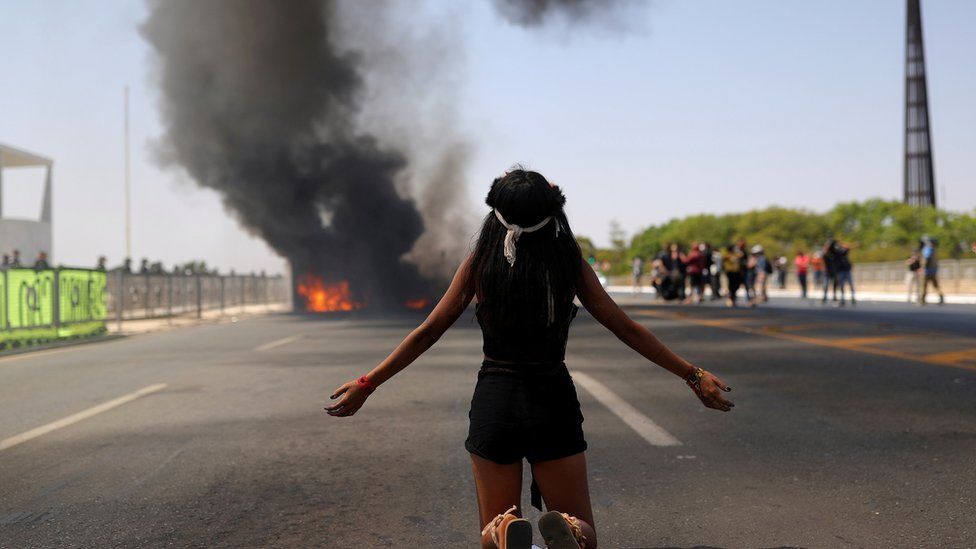 On Friday, 150 indigenous people protested in front of his presidential palace ahead of a key supreme court ruling on their ancestral lands.

image captionIndigenous groups have been protesting against restrictions to their rights
Mr Bolsonaro has backed a roll-back of indigenous rights, saying they are a block on agricultural expansion.

While grappling with coronavirus, which has killed more than half a million Brazilians, the country is also struggling with high inflation, hunger and unemployment.