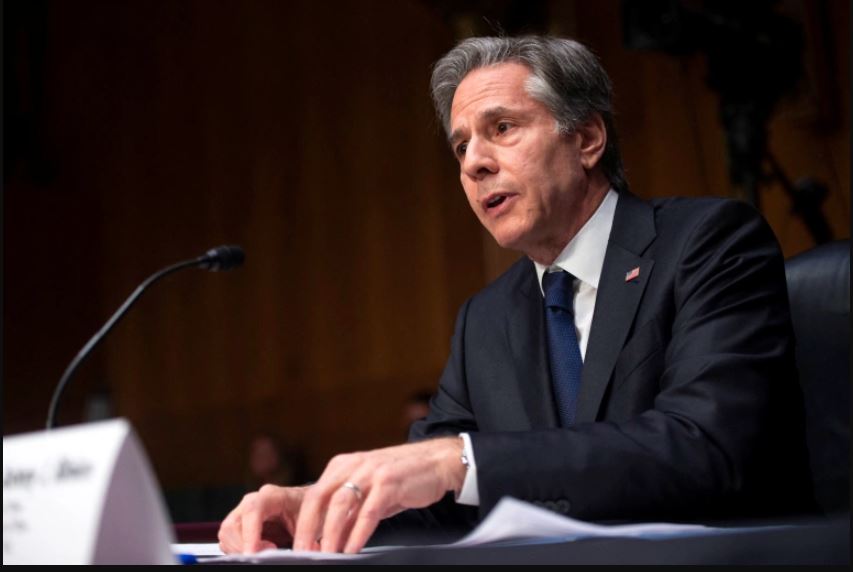 Testifying at the United States Senate on Tuesday, Blinken told lawmakers that the deal succeeded in limiting Iranian production of fissile material needed to build a nuclear weapon – until the former US administration withdrew from the agreement.

“We continue to believe that getting back into compliance with the agreement would be the best way to address the nuclear challenge posed by Iran, and to make sure that an Iran that is already acting with incredible aggression doesn’t have a nuclear weapon or the ability to produce one on short notice,” he said.

Senator Bob Menendez, chair of the Senate Committee on Foreign Relations, and James Risch, the top Republican on the panel, had grilled Blinken about what they described as the limitations of the agreement, which does not tackle Iran’s ballistic missile programme or its regional policies.

“No agreement is better than a bad agreement. I would urge you to move on [from the talks],” Risch told Blinken.

US and Iranian diplomats have been negotiating indirectly in Vienna for more than a year to revive the 2015 multilateral pact, formally known as the Joint Comprehensive Plan of Action (JCPOA).

It saw Iran scale back its nuclear programme in exchange for the lifting of international sanctions against its economy.

Former US President Donald Trump withdrew from the deal in 2018 and unleashed a “maximum pressure” campaign of sanctions against Iran. In turn, Iran has been loosening its commitments to the agreement and advancing its nuclear programme.

“On the contrary, it produced a more dangerous nuclear programme – a breakout time that went from a year to a matter of weeks – and Iran was acting with even more destabilising effects throughout the region, including endangering and attacking our own forces in ways that it hadn’t before,” he said.

While acknowledging that the deal does not address Iran’s ballistic missile programme and support for armed groups seen as hostile to the US and its allies in the region, Blinken said these issues would become “even worse” with an advanced Iranian nuclear programme.

“An agreement – were we to reach one – does not take away in any way from our ability and determination to go at them in all of these other areas in concert with allies and partners,” he told legislators.

US, Iranian and European officials have previously expressed optimism about saving the JCPOA.