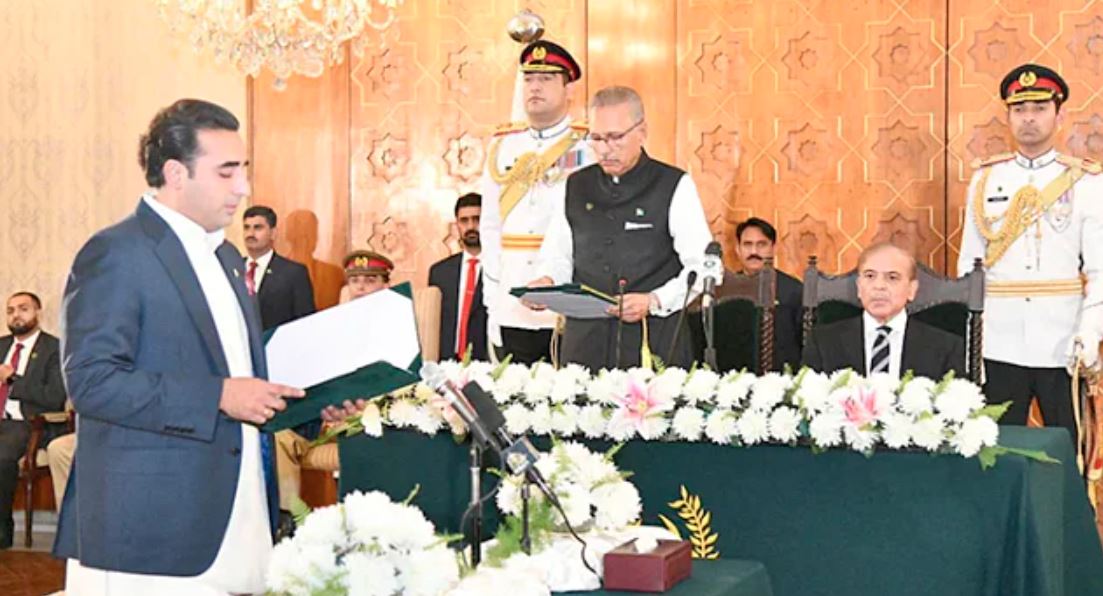 Bilawal Bhutto Zardari, chairman of the Pakistan People’s Party (PPP), has taken over as Pakistan’s foreign minister. He has broken the record of Nana Zulfikar Ali Bhutto as the youngest foreign minister of the country. News of Geo News.

Former Prime Minister Zulfikar Ali Bhutto was sworn in as Foreign Minister at the age of 35 years, 5 months and 10 days. Hina Rabbani Khar, who was sworn in as the youngest foreign minister, was 33 years, 6 months and 1 day old. In the current cabinet, Bilawal is getting Hina as the state minister for foreign affairs.

Bilawal is the son of the late Prime Minister Benazir Bhutto and former President Asif Ali Zardari, and the grandson of the late Prime Minister and founder of the PPP, Zulfikar Ali Bhutto. Zulfiqar Ali served as Foreign Minister in the 1980s. Bilawal was 19 when Benazir was assassinated by assassins in 2008. He was then a student at Oxford University. He joined the team at that age.

The Foreign Minister then visited the Chinese Embassy in Islamabad. State Minister for Foreign Affairs Hina Rabbani Khar was with him at the time. Bilawal expressed sorrow over the loss of life in the terrorist attack on Chinese nationals in Karachi. He told embassy officials that relations between Pakistan and China have been a continuation of friendship for generations.
Bilawal said the terrorists had tried unsuccessfully to undermine the friendship between Pakistan and China. He said the nefarious intentions of the terrorists could not destroy this friendship.

A suicide bomber struck the Karachi University campus on Tuesday, killing four people, including three Chinese nationals. Four others were injured in the incident. The separatist banned Baloch Liberation Army (BLA) has claimed responsibility for the attack.

Prime Minister Shahbaz Sharif has congratulated Bilawal on taking charge of the foreign ministry. “Congratulations to Bilawal Bhutto Zardari for starting his career as a government official,” he tweeted. I am confident that he will bring tremendous improvement to our foreign policy and add new perspectives. I wish him all the best and look forward to working with him. ”

Bilawal’s sister Bakhtawar Bhutto Zardari also congratulated Bilawal on taking oath as foreign minister. “There is nothing more proud than this,” he tweeted.

Imran Khan’s government was ousted on April 9 after losing a no-confidence motion in the National Assembly. Opposition parties then formed a national government. The prime minister was Shahbaz Sharif, president of the Pakistan Muslim League-Nawaz (PML-N).