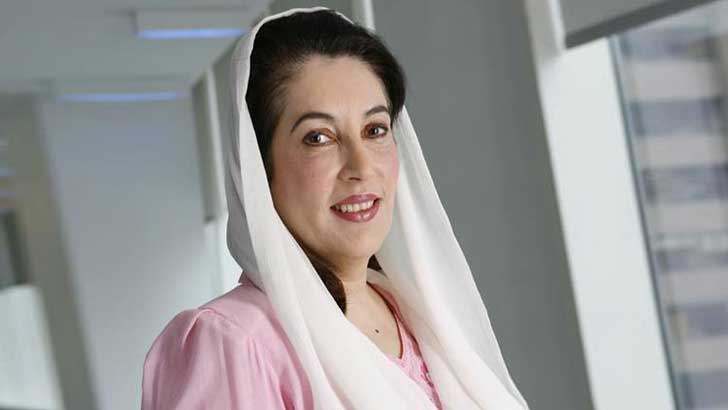 This was stated in a report of the popular daily ‘The Express Tribune’ on Monday, the 14th death anniversary.

2006 Dictator General Pervez Musharraf was in power then. Pakistan is in the throes of anti-military tensions. As part of that, Benazir Bhutto was assassinated in the middle of a speech at a large rally in Liaquat Bagh, Rawalpindi on December 26. Twenty leaders and activists of the Pakistan People’s Party (PPP), including Benazir Bhutto, were killed on the spot. About 60 people were injured. On August 31, 2016, Special Anti-Terrorism Court (ATC) Judge Muhammad Asghar Khan pronounced the verdict in the case at Adiala Jail in Rawalpindi. The judge acquitted the five accused. Pervez Musharraf was declared a fugitive.

A permanent arrest warrant was issued against him. His movable and immovable property was confiscated. The case is expected to be heard in the High Court in the last week of February 2022. Meanwhile, Bilawal Bhutto Zardari, son of Benazir Bhutto and chairman of the PPP, took part in a massive program across Pakistan to mark the death anniversary. The 60-foot-wide main stage was set up in the city of Larkana in Sindh province. Leaders including Bilawal spoke there. Thirty SSP level police officers were deployed to provide security for the event. 60 DSP level officers and also women police. 150 CCTV cameras have been installed. Placed at the entrances to the venue 60 gates. On this occasion, a control room has been set up to monitor the public meeting.

Pakistan has fired hundreds of rockets and artillery shells into parts of Afghanistan’s Kunar province. Local Afghan media reported the news, citing residents of the area.

Pakistan has reportedly fired artillery shells at Dangam, Shaltan, Sharqano and Marwar districts of Kunar province. As a result, the people living in the area have faced economic losses.

He said the Pak army had set up military installations at the top of the hill in Sarkano district. They fired artillery shells at us from that peak.

Ibrahim, a resident of Sultan district, said Pakistan had stepped up ground attacks in Afghanistan since the Islamic Emirate (Taliban) took power. They are firing hundreds of cannons in the morning and evening.

Afghan Army Chief Qari Fasihuddin recently visited Lalpuri district in Nangarhar province of Afghanistan. There, he said, the Taliban was committed to a cordial relationship with neighboring countries. However, they will not remain silent in case of aggression .

A few days ago, Afghan intelligence prevented the Pakistani forces from providing a fence in the Palosi area of ​​Lalpuri district . They took all the equipment of Pakistan army.