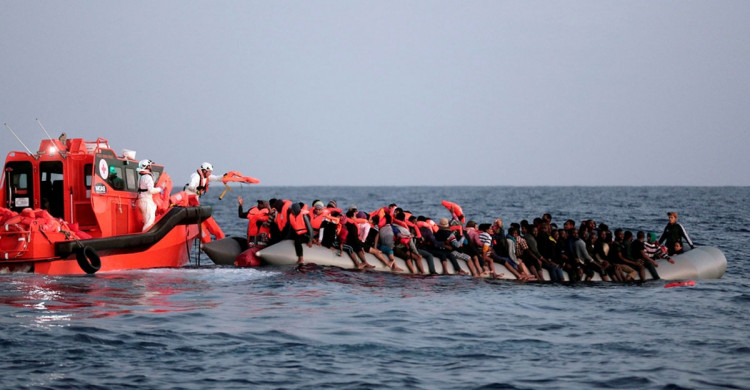 Four migrant boats have sunk off the coast of the North African country of Tunisia while trying to cross the Mediterranean illegally. At least 12 migrants lost their lives in the incident. At least 10 others are missing.

The shipwreck occurred while trying to cross the Mediterranean to Italy illegally. There were 120 people on board the four sunken boats. The dead are all African. A Reuters news agency quoted a Tunisian security official as saying in a report on Sunday (April 24th).

Tunisian Coast Guard Lieutenant Colonel Ali Ayari said 98 migrants had been rescued off the coast of Sfax after the sinking. The coastline of Sfax has become a major exit point for Bivore immigrants dreaming of a better life in Europe as well as surviving the conflict and poverty in Africa and the Middle East.

The Tunisian Interior Ministry said this week it had arrested more than 20,000 migrants from the country’s coastal areas last year. On the other hand, in 2021, at least 15,000 migrants crossed the Mediterranean illegally and reached the coast of Italy.

Dozens of people have drowned off the coast of Tunisia in recent months. At the same time, attempts to move from Tunisia and Libya to Italy have increased significantly. Thousands of people have crossed the dangerous Mediterranean in recent years.

UN High Commissioner for Refugees (UNHCR) figures show that more than 123,000 migrants arrived in Italy by 2021 illegally crossing the Mediterranean. In 2020 this number was more than 95 thousand.