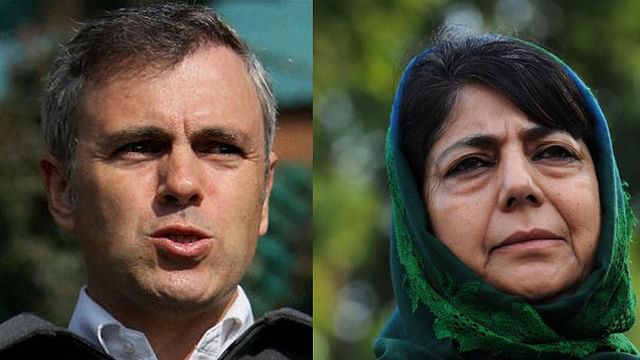 India’s central government has given the Kashmir Valley political parties another chance to form an alliance after proposing a reshuffle of assembly seats. Every party in the valley has come out against the housing conference organized by the government. Even the so-called separatist Hurriyat Conference has called for international intervention.

The housing conference was held in Jammu last Monday and Tuesday. The conference was inaugurated by Jammu and Kashmir Lieutenant Governor Manoj Sinha. Officially, 39 agreements were signed at the conference. If these are implemented, Rs 16,300 crore will be invested in various housing projects. Of these, 19 are civic housing, 6 are commercial and 4 are hotel projects. In the remaining projects, cinema and entertainment centers will be set up without any infrastructure.

The lieutenant governor said that as the government moves forward, the amount of investment proposals in the union territory by March next year will be Rs 60,000 crore. Already, proposals for investment of Rs 44,000 crore have been received in various fields.
The lieutenant governor said a similar conference would be held in Srinagar in the coming days.

All the political parties in the valley have come out against this initiative of the central government. The commission set up to rearrange the seats in the assembly had earlier proposed six more seats in Jammu and one in the Valley. As a result, the total number of seats in Jammu will be 43 and in the Valley 48.

The proposal has been opposed by the five-party alliance Gupkar Alliance, the People’s Conference, the People’s Movement and even the BJP-affiliated AAP. This time everyone has united against the housing conference. They have strongly opposed the initiative. The Hurriyat Conference has called for international intervention. Hurriyat leader Mirwaiz Umer Farooq has issued a statement saying that the central government is trying to change the demographics of Muslim-majority Jammu and Kashmir through one undemocratic decision after another. The ruling party is using Jammu and Kashmir for its electoral success.

The purpose of the government initiative is clear to the political parties in the valley. Everyone thinks that by changing the demographics in this way, a Hindutva party like BJP will come to power instead of changing the character of Jammu and Kashmir for so many decades. To that end, Article 370 of the Constitution has been repealed. Cancel section 35 (a). Immigration policy has also been changed for that purpose. Under the new law, people in any part of the country can now buy land, live and get jobs in Jammu and Kashmir. At the Housing Conference, the Lieutenant Governor himself announced these changes, saying that in this way, Jammu and Kashmir will be developed, development will take place, livelihood will be improved.

The leaders of the established political parties in the valley are not ready to accept this central argument. Former chief minister Omar Abdullah, leader of the National Conference party, has said that the central government is going to sell Jammu and Kashmir. He warned the people of Jammu that the land of Jammu would be sold before the valley. Be prepared to save yourself. PDP leader and another former chief minister Mehbooba Mufti has directly called the initiative a ‘loot’. He said that land looting is starting in the name of housing conference. The unique identity of Jammu and Kashmir is going to be looted. In this way, the government is taking steps to end the only Muslim-majority state in the country. The sole purpose of this conference is to plunder the resources by changing the demographics.

The CPM, a partner in the Gupkar alliance, said in a statement that the character of the land had changed. Arrangements have also been made for sale of agricultural land. A conspiracy has been started to take away the lands of the regional farmers and put an end to them. Attempts are being made to change the regional identity.