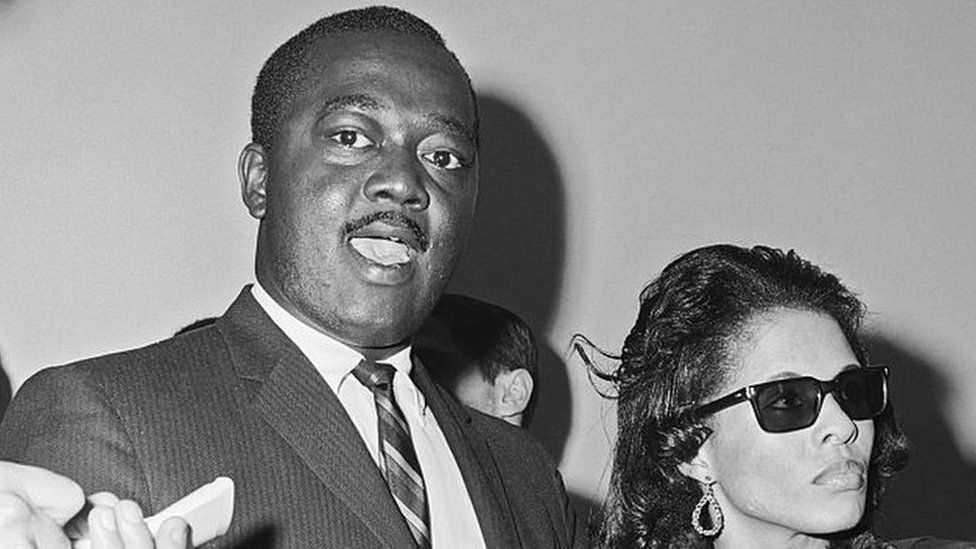 The first African American to serve on a presidential security detail is among three people to have been pardoned by US President Joe Biden.

The White House also announced that the prison sentences of 75 others – most of whom were serving time on low-level drug offences – have been shortened.

The US constitution grants presidents the authority to forgive convictions or shorten sentences.

Tuesday’s grants of clemency are the first of the Biden administration.

“America is a nation of laws and second chances, redemption, and rehabilitation,” the president said.

“Helping those who served their time return to their families and become contributing members of their communities is one of the most effective ways to reduce recidivism [repeat offending] and decrease crime.”

The three people to be pardoned are Mr Bolden, from Chicago, Illinois; Betty Jo Bogans, 51, from Houston, Texas; and, Dexter Eugene Jackson, 52, from Athens, Georgia.

That made the former highway patrolman the first black man to guard a US president.

According to him, Mr Kennedy once introduced him as “the Jackie Robinson of the Secret Service” – a reference to the first African American to play Major League Baseball in the modern era.

In 1964, Mr Bolden was fired from the Secret Service after being charged with trying to sell a government file in exchange for a $50,000 bribe.

He denied the allegations, asserting he was being framed for attempting to expose misconduct within the agency.

Among his accusations were that Secret Service agents drank heavily on the job, missed shifts, and used their official vehicles to transport women or visit bars. He also said he had faced racial abuse from co-workers.

He raised money for his legal defence through a series of piano recitals in Chicago.

Following a hung jury in his first trial, he was convicted at his second and sentenced to 15 years – even though some witnesses said they had been pressured into lying by prosecutors.

Mr Biden wrote that all three “have demonstrated their commitment to rehabilitation and are striving every day to give back and contribute to their communities”.

A pardon does not mean the person is declared innocent, but does remove restrictions imposed by the conviction.

Many of the 75 Americans whose sentences were shortened on Tuesday “would have received a lower sentence if they were charged with the same offence today” due to recent criminal justice reforms, Mr Biden said.

Several were already under home confinement because of the Covid-19 pandemic.

They include a $145m (£114m) federal programme for job training and employment support, as well as expanded access to housing, health care and capital, including by removing criminal history from federal small business grant applications.

With more than two million people behind bars, the US has the highest incarceration rate in the world, although the numbers have dropped in recent years.

Mr Biden’s pardons and commutations, which coincide with the end of national Second Chance Month, came on the recommendation of a pardon attorney at his Department of Justice.

That marks a return to regular order from former president Donald Trump, who often solicited clemency requests from aides and friends.

In the final hours of his presidency in 2020, Mr Trump issued over 140 pardons and commutations, including to his former chief strategist Steve Bannon, and rappers Lil Wayne and Kodak Black.