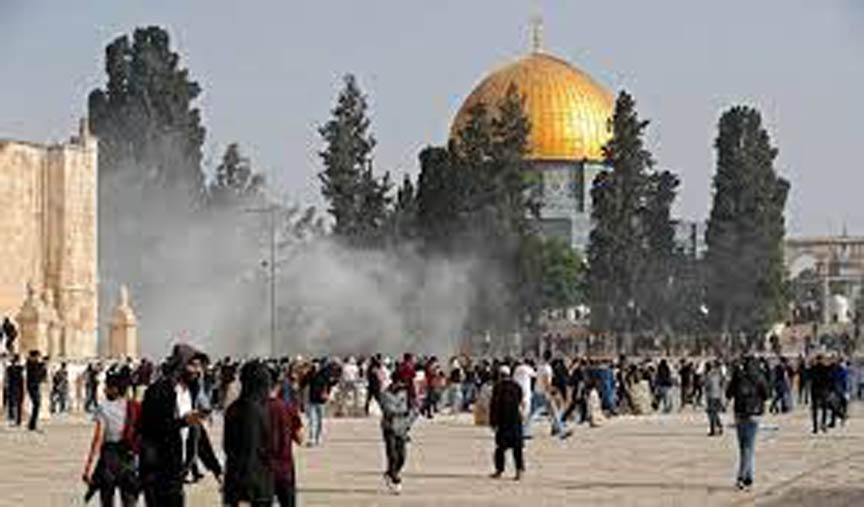 At least 42 people have been injured in fresh clashes at the Al-Aqsa Mosque in Jerusalem. Al-Jazeera quoted the Palestinian Red Crescent as saying that the clashes took place on Thursday night. Most of the injured were injured in the upper part of the body. The clashes took place ahead of the last Friday prayers in the holy month of Ramadan. Israeli police said in a statement that members of the security forces entered the Al-Aqsa Mosque compound after the rioters threw stones and firecrackers.

There have been frequent clashes recently. In the past two weeks, more than 250 Palestinians have been injured in clashes at the Al-Aqsa compound. It is feared that the 11-day war between Israeli forces and Hamas, centered on al-Aqsa’s instability last year, could spark a similar war.