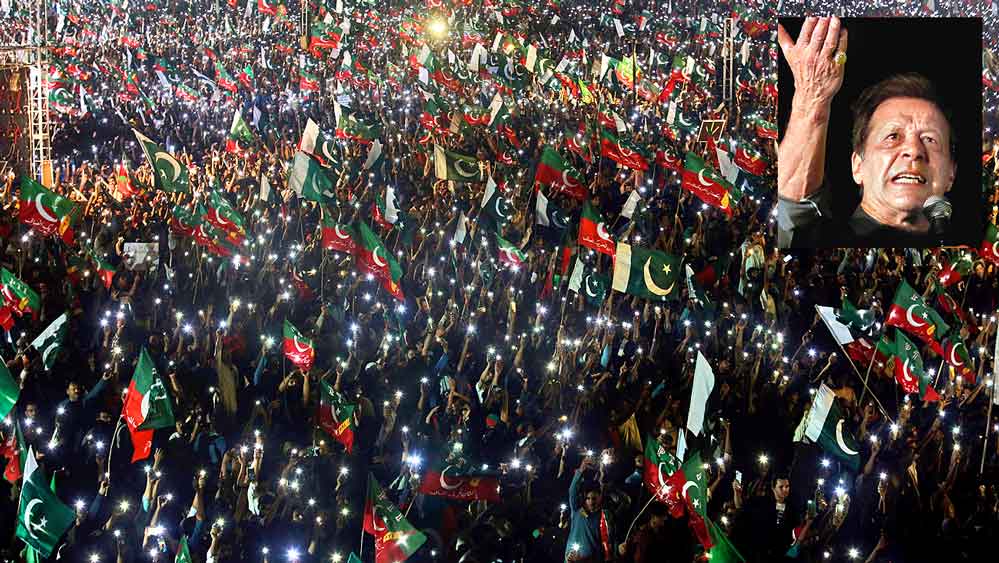 Until a few days ago, he directly blamed America for ousting him. He alleged that the country’s opposition alliance had conspired with the US administration to remove him. However, this time the opposite tone was heard in the throat of the newly ex-Prime Minister of Pakistan Imran Khan.

Political experts are a little surprised to hear this on Imran’s face. Imran has been accused of foreign conspiracy since Pakistan’s opposition parties tabled a no-confidence motion against him in the National Assembly. He has raised the finger of blame directly against America for removing him. Proponents of her case have been working to make the actual transcript of this statement available online.

Not only that. Until a few days ago, Imran had also sharply criticized the European Union. At the recent UN General Assembly, the European Union sent a message to Pakistan to vote against Russia. Then Imran said that they are not slaves of any country. In fact, he has long questioned Western-influenced foreign policy.

Imran, who once took an anti-India stance, suddenly started praising India from the day before the vote. He said that no one has the same self-esteem as Indians. He also praised India’s neutral foreign policy by mocking his country’s army. The diplomatic community has also expressed surprise at his sudden change of tone.
At a rally in Karachi yesterday, the rest of Imran’s party leaders slammed Pakistan’s current Prime Minister Shahbaz Sharif. Awami League, an ally of PTI, also took part in the meeting. The leader of that party, Sheikh Rashid, has insulted the people of Karachi. The people of Karachi have also broken Fatima Jinnah’s record for Imran Khan.