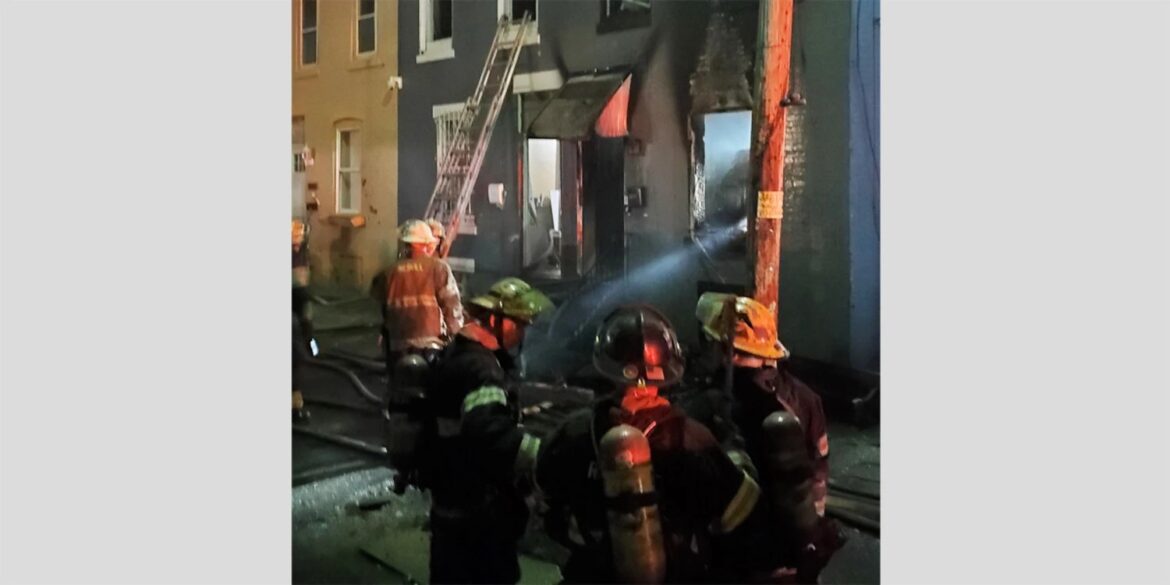 Three children and a man were killed in a Philadelphia rowhouse fire that erupted overnight Sunday.

Firefighters arrived at the blaze on Hartville Street shortly after 2 a.m. Sunday morning, where both floors of the residence were in flames, the Philadelphia Fire Department said. A woman who jumped out of the home was given emergency medical treatment and taken to a hospital.

“Despite an aggressive interior attack by firefighters, four people did not survive; three of them were children,” the fire department said in a statement.

The cause of the fire is under investigation and causes of death will be officially determined by the medical examiner’s office.

Sunday’s fire comes a few months after 12 people, including eight children, were killed in a rowhouse fire in early January. Investigators said they suspected a child playing with a lighter by a Christmas tree may have sparked the flames.