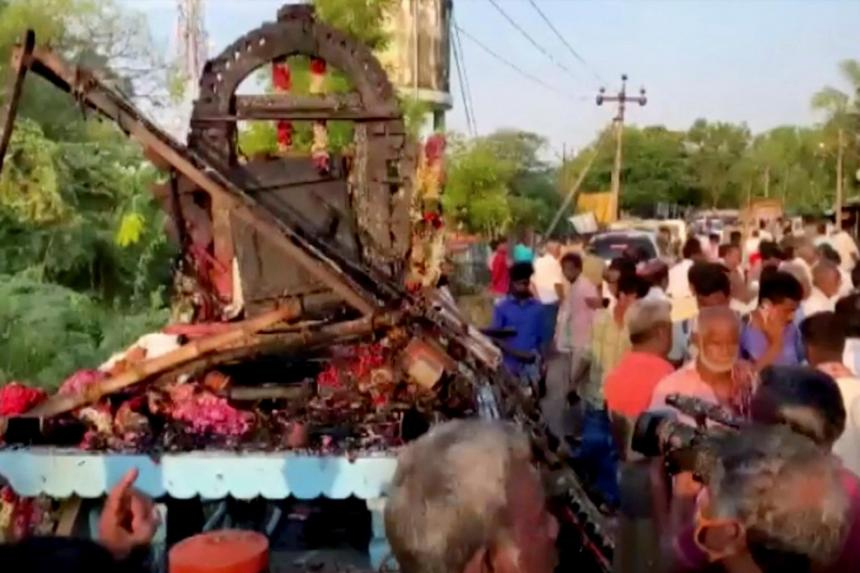 Eleven people, including two children, have been electrocuted while riding in a temple chariot in the southern Indian state of Tamil Nadu. Another 15 people were burnt.

“The injured are being treated at the hospital,” Tamil Nadu Inspector General of Police V Balakrishnan told local media. A case has been registered in this regard and investigation is underway.

In a video that went viral on social media, it was seen that the chariot was completely burnt after coming in contact with the power transmission line.

He has announced compensation of five lakh rupees to the bereaved families.