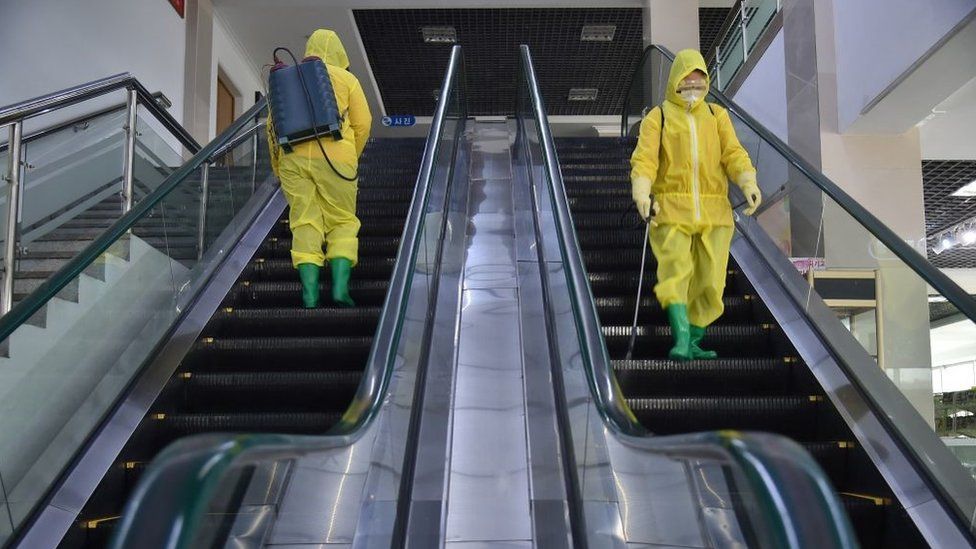 It said he sent medicine to Haeju city on Wednesday to help patients suffering from the “acute enteric epidemic”.

Health experts suspect the illness could be typhoid or cholera.

North Korea declared a state of emergency in May after it said millions of people were experiencing “fever”, believed to be untested Covid-19 cases.

It has not reported the number of people affected by the latest sickness outbreak, or elaborated on what the disease is, but enteric refers to the gastrointestinal tract.

“[Kim] stressed the need to contain the epidemic at the earliest date possible by taking a well-knit measure to quarantine the suspected cases to thoroughly curb its spread, confirming cases through epidemiological examination and scientific tests”, KCNA said.

An official at South Korea’s Unification Ministry handling inter-Korean affairs told Reuters news agency that the government suspects the outbreak to be cholera or typhoid.

Pyongyang has been announcing the number of fever patients, but the country lacks Covid testing kits. Many also suspect the government of underreporting new cases.

North Korea reported 26,010 more people with fever symptoms on Thursday, with the total number of fever patients recorded across the country since late April nearing 4.56 million.

The death toll linked to the outbreak is at 73, the government says, but the World Health Organization and others have said they fear the situation is much worse.

North Korea has a dire healthcare system and has turned down international offers of vaccines for its population.