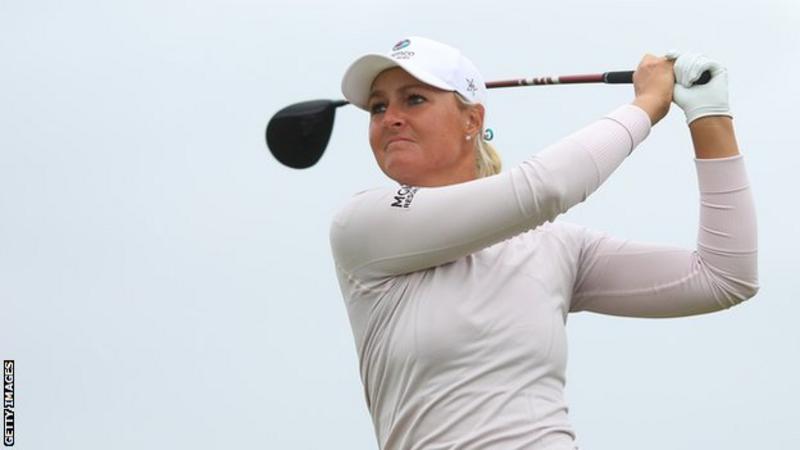 Scottish amateur Louise Duncan wowed the Carnoustie crowd with a four-under 68 which moved her into contention on day three of the Women’s Open.

Sweden’s Nordqvist shot a 65 – the best round of the week – with Dane Koerstz Madsen carding a 68.

England’s Georgia Hall – the overnight co-leader – and world number one Nelly Korda are back on six under.

Hall, the 2018 champion, shot a one-over 73 but, like Korda – who has won the Women’s PGA Championship and Olympic titles in recent months – remains in a good position after an exciting day on the wet Scottish links.

Several players held the lead – either outright or in a share – as the advantage regularly changed hands among the bunched contenders.

Four shots separated the leading 17 players on the leaderboard at the close of play, teeing up what looks set to be an exciting final round on Sunday as they battle to be crowned champion at the last major of the year.

“It is very scoreable and I would say those on five under can still win. There will be lots of chances.”

After an opening 68 was followed by a rollercoaster 73 on Friday, she rediscovered her best form on Saturday and reduced the errors in a round containing six birdies.

“Louise has now got a chance,” added Davies, who is six over par in her record 41st Women’s Open appearance. “She can enjoy herself on Sunday. 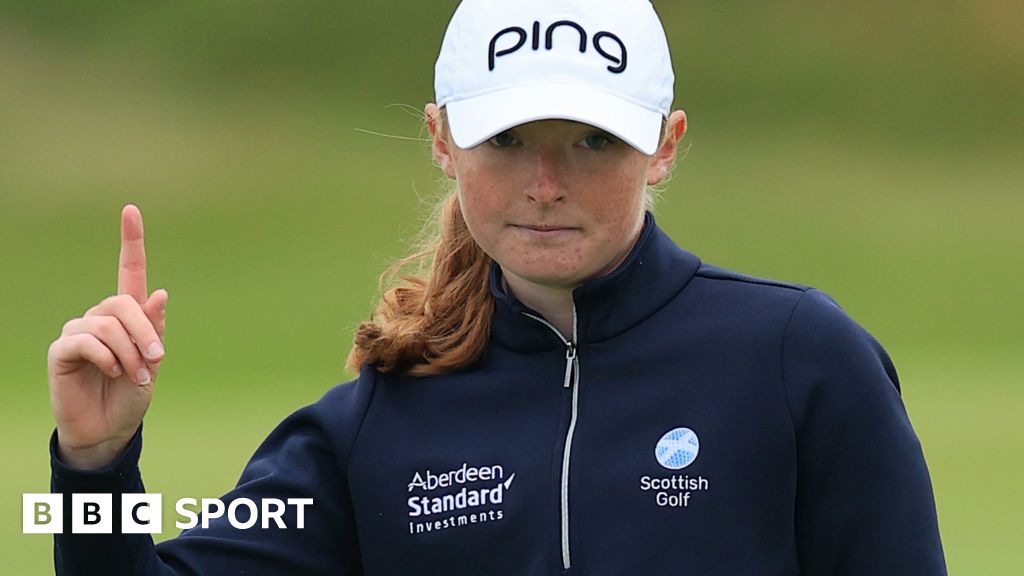 “The pressure is on the big guns and maybe she can slip under the radar. If she can post 11 under, then the final groups have to tackle the final holes and anything can happen. She doesn’t seem to have much pressure on her.”

While Duncan says she continues to feel nervous when stepping out onto the first tee at Carnoustie, those feelings were not apparent to those watching as she produced another assured performance.

Women’s Open 2021: ‘It feels great’ – Scottish amateur Duncan on a successful day
After starting with two birdies in the opening four holes, she bogeyed the eighth before back-to-back birdies on 11 and 12 moved her to six under – and within one of the leaders.

Nordqvist, a two-time major champion, had forged ahead at the top of the leaderboard by the time Duncan recorded the highlight of a superb round with a long birdie putt on the 15th.

A bogey on 17 left the Scot three shots behind before another birdie on the last, earning her a rapturous reception from the delighted home fans who braved the sodden weather.

“It was probably the most fun I’ve had all week,” said Duncan.

“To get the putter rolling and hole some nice putts, I couldn’t have asked for more.

“I was shaking on the putt on the 18th, I felt on 17 my putt should have gone in so I thought I deserved a putt. I was extremely happy to get it in.”