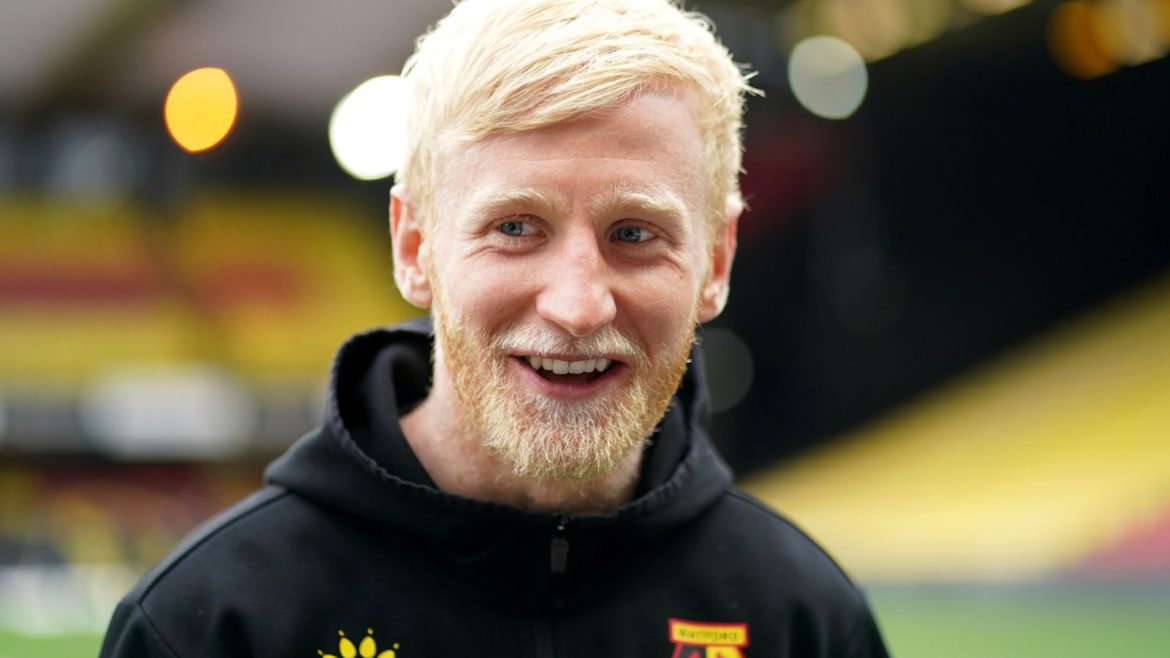 Crystal Palace have completed the signing of Will Hughes from Watford on a three-year deal.
The 26-year-old, who only had one year remaining on his Hornets contract, moves for a fee reported to be worth £6m but could potentially rise to £10m.

The video you are trying to watch cannot be viewed from your current country or location
FREE TO WATCH: Highlights from the goalless draw between Crystal Palace and Brentford in the Premier League
“The club are planning for the future and it’s exciting times ahead. They’re not just planning for the here and now, which is obviously important, but they’ve got a big project going on here so it’s exciting to be part of it.”

The transfer is a welcome boost for Patrick Vieira, who has repeatedly called for more reinforcements since the start of the campaign, which got under way with a 3-0 loss at Chelsea on August 14.

While chairman Steve Parish and sporting director Dougie Freedman signed Marc Guehi, Joachim Andersen, Conor Gallagher and Michael Olise in the summer, a forward and another midfielder were priorities for the Eagles, after they released nine first-teamers at the end of last season.

Hughes will provide extra competition in the middle of the park and brings a wealth of experience despite being only 26.

After moving to Vicarage Road from Derby in 2017, the midfielder established himself as a regular for the Hornets in the top flight and played a key role in their promotion from the Sky Bet Championship last term.

Having turned down a new contract in the summer, Hughes trained with the under-23s in pre-season.

The Eagles have also been linked with a move for Arsenal forward Eddie Nketiah – although there is a gap in their valuation of the striker and the Gunners’ asking price of around £20m.

Follow all the latest transfer news and rumours in our dedicated Transfer Centre blog on the Sky Sports website and app, check out the latest done deals and watch the best analysis and reaction on Sky Sports News.