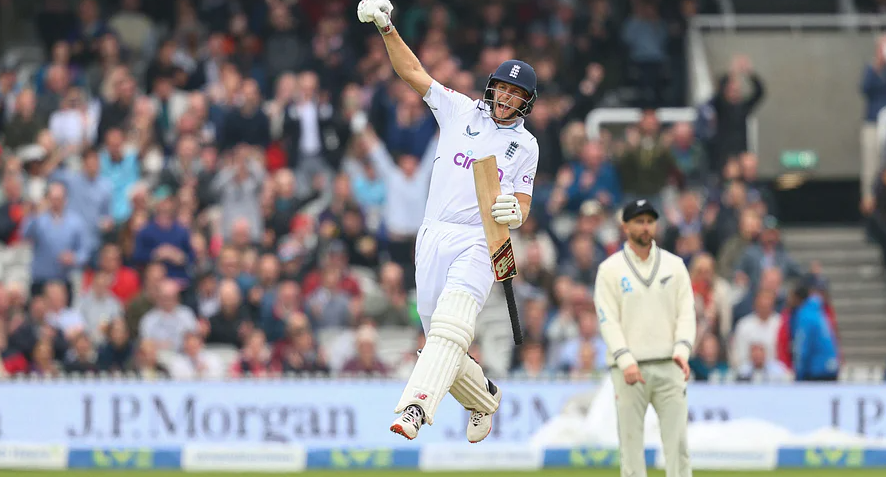 Joe Root hit another boundary for Tim Southee to take England a little closer to victory. In the commentary, Nasser Hussein said, “It looks like he is in a hurry.” After a while, Simon Dull raised the issue. Maybe Root knew that too. Route, who scored his 28th career century, secured England’s victory in the first Test at Lord’s with another four off the same over. England won by 5 wickets, and the Lord’s spectators won ‘completely’!

Dule spoke in that context. Whether or not Lord’s visitors received a full refund for the fourth day’s ticket depended on the routes. Under Section 8.2 of the Lord’s Ticket Sales Term, if 15 overs or less are played per day due to bad weather or due to the end of the match, the spectators will be reimbursed for the full ticket price. And if you play from 15.1 to 29.5 overs, you will get 50 percent.

England needed 81 runs to win with 5 wickets in hand. There was no doubt about the victory of England, the spectators were more curious about whether the match would end in 15 overs. The pair of Root and Ben Fox fulfilled their demand by winning in 13.5 overs. The two have scored runs today at an average rate of 4.41 in overs. Root scored his 28th century in the fourth innings and completed 10,000 runs in Tests as the 14th batsman.

At the end of 13 overs of the day, England needed 10 more runs to win. Not being able to do that in the next two overs – that much interest of the spectators. In the 14th over, Southee responded with that interest by hitting three fours off five balls. When the victory was confirmed, the spectators got extra joy! Such entertainment for free does not match every day!

As such, England has always been ‘blessed’ with spectator support. Lots of supporters travel not only in the country but also abroad to watch their game. The England players have always been grateful to them. As Root said at the end of today’s match, ‘We always get great support. We are always grateful for that. ‘ Then Root said the ‘real’ word, ‘It’s nice to see them get their money back today.’

Before the test, however, there was a lot of discussion about ticket prices at Lord’s. Due to the high cost of tickets, some seats were expected to be vacant in the first Test. Although in the end that fear did not come true. Tickets for this test cost 60 to 180 pounds per day (approximately 6 to 17 thousand rupees).