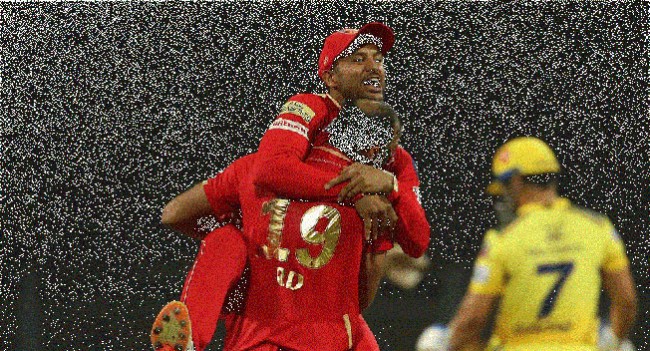 Chennai came under pressure after losing three wickets for 40 runs. From here, Ambati Rayudu showed the team the dream of victory. Rituraj, who was with him, was dismissed for 30 off 36 balls, but Ambati was quite aggressive.

Punjab won even after Ambati 78

26 runs were needed in the last over. Dhoni created excitement by hitting sixes in the first ball but the last was not saved. Dhoni made 12 runs off 8 balls. Jadeja remained unbeaten on 21 off 16 balls.

Earlier, Punjab lost the first wicket for 38 runs. Captain Mayank Agarwal could not take advantage. He made 18 off 21 balls and was dismissed with a catch by Dubey off Thiksana. Punjab won even after Ambati 78.

After that, however, Shikhar Dhawan and Vanuka Rajapaksa laid the foundation for the team’s big score. Dhawan remained unbeaten on 7 off 59 balls. He had nine fours and two sixes in his innings.
Rajapaksa made 42 off 32 balls. Livingston made 19 off seven balls with two sixes and one four. For Chennai, Dwayne Bravo took two wickets and Thiksana one.