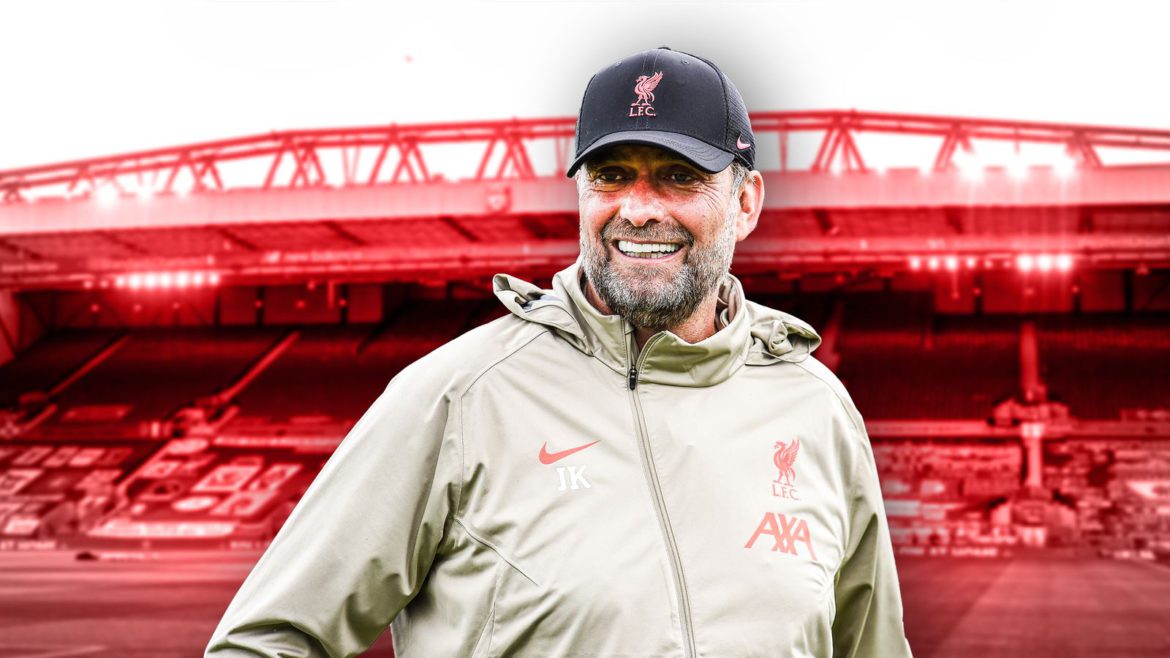 Liverpool have signed only Ibrahima Konate from RB Leipzig for £36m this summer; Jurgen Klopp insists he is happy with his squad, but Jamie Carragher says the Reds are short in attack this season

Unlike all of their title rivals this summer, Liverpool experienced a quiet transfer window – so why have the Reds mostly opted to keep their chequebook closed and have they spent enough to challenge again for the Premier League title?

It has been one of the most extraordinary windows on record, with superstar players changing clubs, Man City splashing out £100m on Jack Grealish before missing out on Harry Kane, and Chelsea reminding everyone of their spending powers in re-signing Romelu Lukaku for £97.5m.

And yet all the while Liverpool have largely kept their powder dry, apart from the £36m arrival of French centre-back Ibrahima Konate from RB Leipzig back in May, preferring instead to invest heavily in securing the long-term futures of a coterie of senior players.

Now Liverpool have five established centre-backs at their disposal following the returns to fitness of Virgil van Dijk, Joe Gomez and Joel Matip, plus Nat Phillips, which should mean no more stints as makeshift defenders for Jordan Henderson and Fabinho. 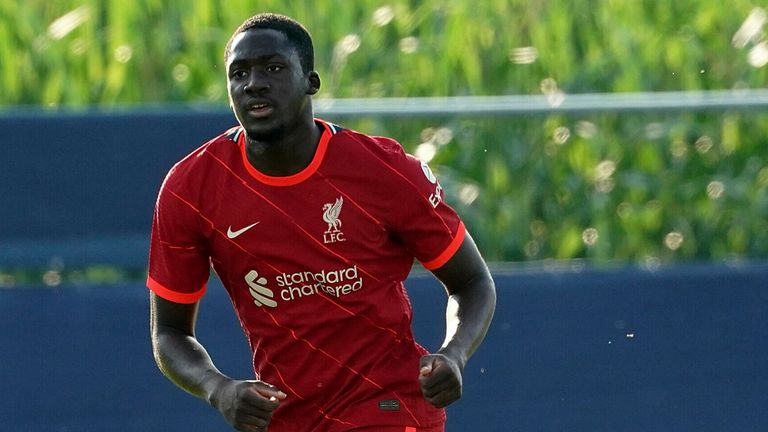 Ibrahima Konate is Liverpool’s only signing this summer
However, both midfielder Georginio Wijnaldum and forward Xherdan Shaqiri have left Anfield this summer, with neither player directly replaced, and that could still come back to haunt the Reds.The Netherlands midfielder played every Premier League game for Liverpool last season, before joining Paris Saint-Germain on a free this summer, with Liverpool club owners FSG deciding it made no financial sense to offer a player turning 31 in November a new long-term deal.

Klopp, though, does not feel the pressure to replace Wijnaldum, seeing Harvey Elliott – who spent last season on loan at Blackburn Rovers – as a new signing in effect.

“There’s no need to buy a midfielder just because there’s one on the market,” said Klopp. “If people think about it, there’s no real need (for a midfielder). If there was one player who could improve all the things, then we would go for it.

Liverpool midfielder Harvey Elliott (PA)
Jurgen Klopp says he was not surprised by the level of performance from 18-year-old Harvey Elliott on his full Premier League debut for Liverpool in the 2-0 win against Burnley.
“[Georginio] Wijnaldum played an incredible amount of games for us. Last week (against Burnley) doesn’t mean Harvey [Elliott] is the saviour of our midfield problem, as we don’t have one.

“I cannot help the supporters who want us to sign a player just to get somebody in.

Get Sky Sports | Live football on Sky Sports
Stream the biggest moments on NOW for just £25 p/m
Shaqiri’s departure to Lyon, meanwhile, has exposed a potential issue in attack for Klopp this season, one already exposed by Roberto Firmino’s muscle injury in Saturday’s 1-1 draw with Chelsea.

It is not known how long the Brazil international will be sidelined for, but Klopp cannot really afford to have any of his four main strikers out for long stretches this season due to the paucity of attacking replacements at his disposal.

Takumi Minamino has returned to Merseyside following his six-month loan spell at Southampton last season, while despite most predictions to the contrary, Divock Origi is still at the club.

I know there is a frustration with Liverpool supporters that they are not getting involved in the transfer market when you see what Chelsea and Man City have done buying £100m players. But a lot of the money Liverpool are going to spend will be on wages and people cannot quite get their heads round that.
Jamie Carragher
But Minamino has scored just once in the league for Liverpool since joining in January 2020, while Origi failed to register a single top-flight goal last season, which does not bode well if either are required to step in up front during any point in this campaign.

All of which makes it appear as though Liverpool are short in attack and possibly also – despite Klopp’s protestations – midfield, where the club have reportedly been looking at the likes of Brighton’s Yves Bissouma, Leicester City’s Youri Tielemans and Lille’s Renato Sanches this summer.

Certainly Jamie Carragher thinks so, with the former Liverpool skipper concerned the club have not strengthened up front.

Premier League fixtures | Table
“It is well documented Liverpool are not going to do any more business, but I would like to see them bring an attacking player in,” Carragher told Sky Sports. “I think we are a little short in that area.”

However, the lack of spending this summer should not come as too much of a surprise to Liverpool fans, who have seen the club’s American owners generally keep their hands in their pockets since a huge outlay on players following the £146m sale of Philippe Coutinho to Barcelona in January 2018.

Jordan Henderson
Vinny O’Connor reports from Liverpool’s training ground as captain Jordan Henderson extends his contract at the club until 2025
That massive transfer allowed the Reds to reinvest the money in the key signings of Virgil van Dijk and Alisson, with Andy Robertson, Fabinho and Shaqiri also joining as Klopp and Edwards laid down the foundations of the 2018/19 Champions League and 2019-20 Premier League-winning sides.

But that is where the lavish spending stopped, with FSG having since brought in just Minamino, Digo Jota, Thiago Alcantara and Konstantinos Tsimikas at a total cost of only £83.75m, before this summer’s sole £36m addition of Konate as well.

FSG have always operated a business model in which while they do not take any money out of the club, all new buys must be financed by player sales, or from other expenditure they generate.

In other words, Edwards must balance the books at Anfield, which explains their parsimonious spending of the past few years.

“I’m not worried about it (Liverpool’s lack of spending), that is their basic model and Liverpool’s owners do not have the revenue that Man City, or Roman Abramovich, or bring as much money in as Man Utd do,” Carragher said,

“Liverpool have had a model since FSG have come in and it has worked spectacularly, it really has and they are seen as one of the best operators in the transfer market and how they go about their business.

“And what Liverpool do not do is make stupid decisions and do silly things in the transfer market that maybe we did when I was a player. Everyone was screaming at Liverpool that they had to do something with a centre back in January, but the one they wanted was not there.

LIVERPOOL 1-1 CHELSEA
FREE TO WATCH: Highlights from Liverpool’s draw with Chelsea in the Premier League.
“They waited this summer to get the one they wanted and when you see what Chelsea are doing in bringing in Romelu Lukaku, which is a fantastic signing. But Liverpool would not pay that money for a 28-year-old striker, they would not have gone in for Harry Kane with those figures for a 28-year-old, they would not have bought a Cristiano Ronaldo-type at 36.

“They do not do that, they have a set way of doing things and it has proved very successful, so I think it is really difficult to criticise what Michael Edwards and his team and FSG have done since they have been at the club really.

“We do not have the revenues of other clubs and this year, the revenue will be going on new contracts and I’m sure next season there will be maybe money then spent in the transfer market.”

Liverpool boss Jurgen Klopp has been previewing his side&#39;s Premier League game with Chelsea this weekend
Jamie Carragher says despite some Liverpool fans’ frustration over a lack of new signings coming to Anfield, it was important for the club to tie down some of their star players to new deals.
Another important factor in why Liverpool have not been able to match their rivals’ recent spending sprees is the huge sums FSG have also forked out on tying their marquee players down to new long-term deals, which includes Alisson, Robertson, Van Dijk, Fabinho, Henderson, Trent Alexander-Arnold and hopefully, soon, key front men Sadio Mane and Salah too.

Those various contract extensions have cost the club millions of pounds, but Edwards and Klopp see it as vital in order to keep the spine of the team together for as long as possible and just as important – if not more – than bringing in new players.

The Athletic reporter James Pearce discusses whether Liverpool have the resources in their squad to challenge for the Premier League title this season
And so does Carragher.

“In years gone by, when I was playing for the club, a lot of the time when we had players of that quality, they would be going to Real Madrid or Barcelona, we lost so many players over the years.

“I know there is a frustration with Liverpool supporters that they are not getting involved in the transfer market when you see what Chelsea and Man City have done buying £100m players, while Man Utd are now bringing Cristiano Ronaldo in. But a lot of the money Liverpool are going to spend will be on wages – and people cannot quite get their heads round that.