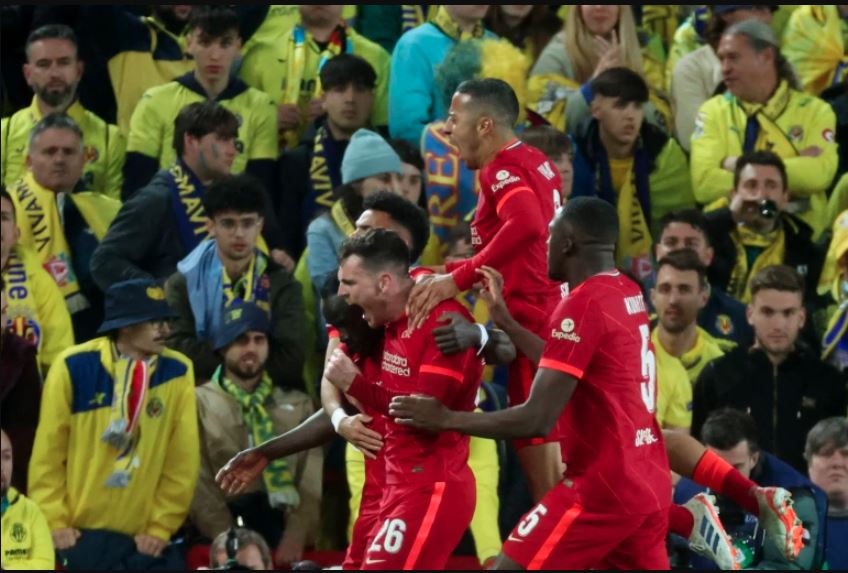 The Reds remain on course for an unprecedented quadruple of Champions League, Premier League, FA Cup and League Cup.

Barring a huge upset when the sides meet again in southern Spain in six days’ time, Liverpool’s season will finish with a third Champions League final in five seasons in Paris on May 28.

“It is 2-0 at half-time,” said Liverpool boss Klopp. “You have to be completely on alert, 100 percent in the right moment and play the second half like we played the first. We know it will be a tricky atmosphere for us.”

In stark contrast to the free-flowing thrills of Manchester City’s 4-3 win over Real Madrid in the other semi-final, on Tuesday, Emery’s men followed the same tactic that saw them past Juventus and Bayern Munich by retreating behind the ball.

However, the Yellow Submarine could barely lay a glove on Klopp’s men as Liverpool just had to bide their time to make their dominance count.

“The 2-0 is a clear, deserved result,” said Emery. “It could have been even worse but we still have a chance. I want to show we are capable of playing a different game at home.”

The goals came early in the second half – and within 133 seconds of each other – as Villarreal left-back Estupinan unwittingly deflected a cross by Henderson into his own net in the 53rd minute, with goalkeeper Geronimo Rulli only managing to tip a looping ball into his own net.