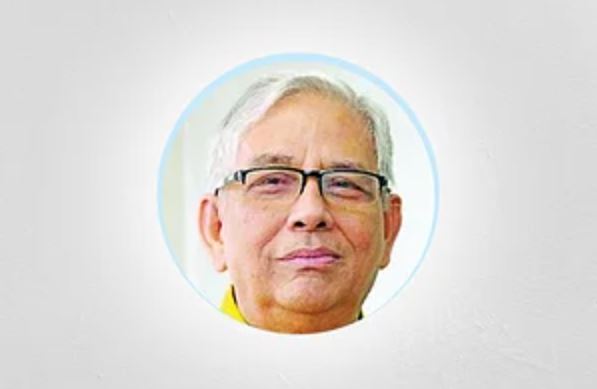 Former governor of Bangladesh Bank Mohammad Farasuddin has said that if the value of Bangladeshi taka is devalued by 2 to 4 percent against the US dollar, it will yield good results.

The former governor said, “Reducing the value of the dollar for imports and giving 1 per cent incentives on general exports and 2 per cent incentives on remittances — these do not support economics.” The economic experience of any country does not encourage them. Instead of doing this, by doing a survey in a month or two with those who know and understand, if necessary, if the value of money against the dollar is devalued by 2-4 percent, better results can be obtained than at present. Because, imports are increasing tremendously. On the other hand, expatriate income has decreased by-400-500 crore in the last six months. I don’t like the picture. ”

Former Governor Mohammad Farasuddin said this in a video message at the Second Bangladesh Economic Conference on Wednesday. Daily Banik Barta in collaboration with Citibank organized the conference at Hotel Intercontinental in the capital under the theme ‘Central Bank in Five Decades of Development Journey’. The conference was attended by two former governors and the current governor. Citibank Managing Director (MD) Masroor Arefin gave a welcome address at the conference conducted by Dewan Hanif Mahmud, Editor, Banik Barta.

However, another former governor, Atiur Rahman, disagreed with Mohammad Farasuddin. He said the pressure on the exchange rate has increased recently. Because, in the last five months, imports have suddenly increased by 54 percent. Hopefully, capital equipment imports have increased by 30 per cent and raw material imports by almost 100 per cent. These are investment friendly signs.

Atiur Rahman further said that the pressure on the exchange rate is temporary. In order to overcome this pressure, he proposed to increase the incentive on expatriate income from 2 percent to 3 percent. At the same time, he suggested that every investor should be given the opportunity to buy more than Tk 1 crore even if the interest on the bonds available for expatriates is reduced, adding that this would increase the supply of dollars in the country.

The prime minister’s adviser further said, “The biggest problem in the banking system is that defaulting loans have gone out of control. Many are not repaying large loans. Whatever the case, the bank cannot lend to customers unless it receives new additional deposits. So defaulting debt is a social crime. However, not everyone comes into the business with the mentality that I will not repay the loan. There may be a few thousand. ‘

Former central bank governor Salehuddin Ahmed said, “Bangladesh Bank’s main job is to control inflation and monitor the financial sector.” The Bank of England does not do this. Bangladesh Bank has done this difficult task by balancing. ‘Referring to the government’s pressure to approve private banks during its tenure, he said,’ We have strategically avoided that pressure. ‘

AK Azad, managing director of Ha-Meem Group, gave two suggestions to reduce defaulted loans. He said the Ha-Meem Group exports কোটি 850 million worth of clothing and textiles annually. It pays 100,000 rupees a month to 74,000 workers. Gas, electricity and water bills are 10 crore. The amount of bank loan of my organization is 350 crore rupees. There is a limit to how much money can be lent to an organization. Even then, many applications were approved by banks with gaps to take loans beyond the limit. If this loophole is closed, defaulted loans will be reduced. ‘

AK Azad advised the government banks to turn into a bank. He said government banks have to lend a lot for political reasons. If the number of banks is reduced, it is possible to reduce the defaulted loans.

Fazle Kabir, the current Governor of Bangladesh Bank, read the keynote address at the beginning of the program. He spoke about the overall activities and achievements of the last five decades since the establishment of Bangladesh Bank. He said Bangladesh Bank will always work for the government, economic growth, human rights and equal distribution of money.

Senior Finance Secretary Abdur Rauf Talukder said the prime minister had announced four principles for reviving the economy during the Corona period: government spending, coverage of social security, disbursement of low-interest loans and increasing money supply in the market. In the last two implementations, Bangladesh Bank has played a role as a development partner as well as overseeing the financial sector. He described digitalisation as a major achievement of Bangladesh Bank in the last one decade.