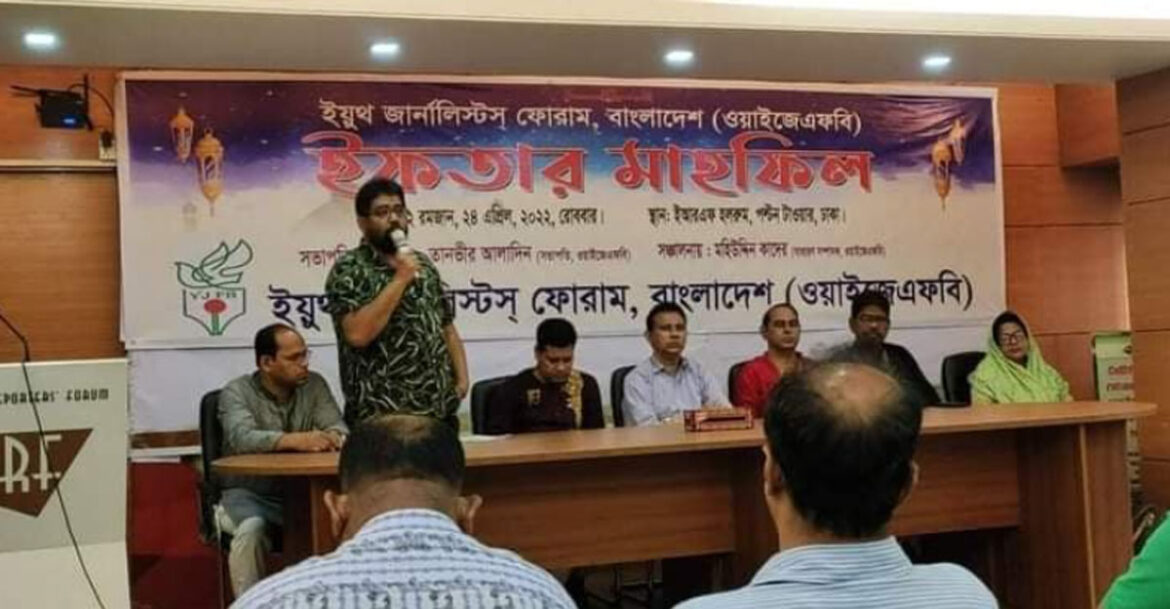 Iftar mahfil of Youth Journalists Forum Bangladesh (YJFB) has been held. The mahfil was held on Sunday (April 24) at the ERF auditorium in the capital’s Paltan.

Prior to Iftar, prayers were offered for the welfare of all members and the country, including prayers for the forgiveness of the soul of the late Rafiqul Alam, former advisor of the organization. The munajat was conducted by the joint-secretary of the organization Jawahar Iqbal Khan.