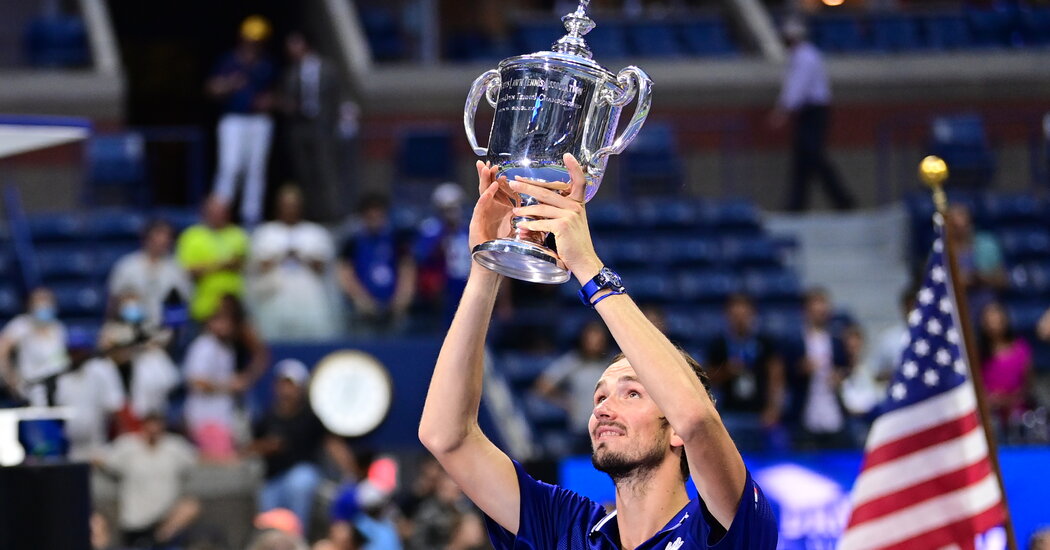 “This year has been tough for everyone,” Stosur said. “This is the last two days of a trip that’s going to be four months for me away from home. I haven’t done that for a long, long time. To be going home with this trophy just means the absolute world to me. It makes everything worth it.”

Stosur, like several other leading Australian players, did not make the journey to New York last year because of the pandemic. She had seen this year’s U.S. Open billboards with the slogan “The Greatest Return.”

“Absolutely on point for this event this year,” Stosur said.

David Mihm, a Djokovic fan from the small city of Eveleth, Minn., who had never attended a professional tennis match, bought a ticket for the men’s singles final after Djokovic won the penultimate leg of the Grand Slam at Wimbledon.

“Right after the Wimbledon final, I thought this is going to be a once-in-a-lifetime opportunity, and I’ve got to just go for it in case he does make it,” Mihm said.

“I guess I was waiting for something real special,” he said.

He did not get a Djokovic victory, but he did get something special. This U.S. Open, full of surprises and full of life, spilled over with signs of renewal and tennis’s bright future.

Even Djokovic, who came one victory short of the sport’s ultimate achievement, chose not to end on a down note. A year ago, he had eliminated himself from the U.S. Open, inadvertently striking a lineswoman in the throat with a ball he hit in frustration after losing his serve early in his fourth-round match against Pablo Carreño Busta. Djokovic was defaulted from the match, played in an all but empty Arthur Ashe Stadium.

Long the villain in New York, he returned this year, fighting his way through a series of intense tussles on the same court, gradually hearing more and more crowd support as he worked his way to the final. Microphone in hand, he made his appreciation clear through the disappointment on Sunday.